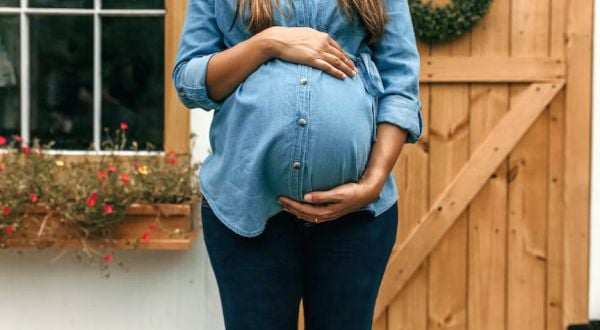 A firestorm of comments about reality has erupted after Bhavik Kumar, the “director of primary and trans care” for abortion giant Planned Parenthood, claimed in congressional testimony that “Men can have pregnancies.”

He had been asked the question from Republican Rep. Andrew Clyde, who said, “Dr. Kumar, can biological men become pregnant and give birth.”

Reaction included, “What is the point of having a supposed ‘expert’ show up and give testimony, when the very simplest of facts are not going to be part of the testimony? ‘A circle is a square, it just needs some work and thus they are exactly the same.'”

Can men get pregnant?

Other comments, anonymous, included, “The trust the science people,” “Cultural decay,” “I can’t even anymore…” and “I mean not exclusively transmen, just especially.”

J.D. Rucker wrote at The Liberty Daily, “Nine times out of ten, I’ll seek out full context when I come across short clips on the internet. I want to make sure that what was said is really what was intended. But more and more, I’m finding that there is no context in which ludicrous statements by the radical left could ever be contorted in a way that makes sense.”

Kumar is such a “case-in-point.”

“Science says the answer is unambiguously ‘no.’ But science isn’t important to today’s wokified scientists, especially doctors who are promoting the LGBTQIA+ agenda. So it’s no wonder that Kumar gave the incorrect answer,” the commentary explained.

“Especially trans men? If you believe that a woman can be a ‘man’ by claiming it on their bio, that’s just a difference of opinion. But who are the other types of ‘men’ that Kumar believes can become pregnant and give birth?” he wrote.

“The problem with woke culture is that it has no limits to its idiocy. We are living in a clown world simulation and unfortunately, the clowns at the very top have an evil agenda in play,” he warned.

Fox News reported Kumar got “roasted” for his opinion during a hearing called by Democrats on the House Oversight and Reform Committee to talk about abortion restrictions.

Kumar, in fact, elaborated on his science: “Somebody with a uterus may have the capability of becoming pregnant, whether they’re a woman or a man.”

“This is now a mainstream position among Democratic politicians. If you think it’s crazy, vote Republican this fall,” Arkansas Sen. Tom Cotton tweeted.

“Rep. Chip Roy’s, R-Texas, communications director Nate Madden tweeted, “A time is coming when men will go mad, and when they see someone who is not mad, they will attack him, saying, ‘You are mad; you are not like us.’― St. Antony the Great.”

At CNSNews, a report noted that Clyde explained then to Kumar the real science.

“This isn’t complicated. Let me tell you: if a person has a uterus and is born female, they are a woman. That is not a man. And, the vast majority of the world considers that to be a woman, because there are biological differences between men and women. Clearly, any high school biology class teaches that men and women have different chromosomes. Females are XX chromosomes and males are XY chromosomes. I can’t believe it’s necessary to say this: but, men cannot get pregnant and cannot give birth, regardless of how they identify themselves.”