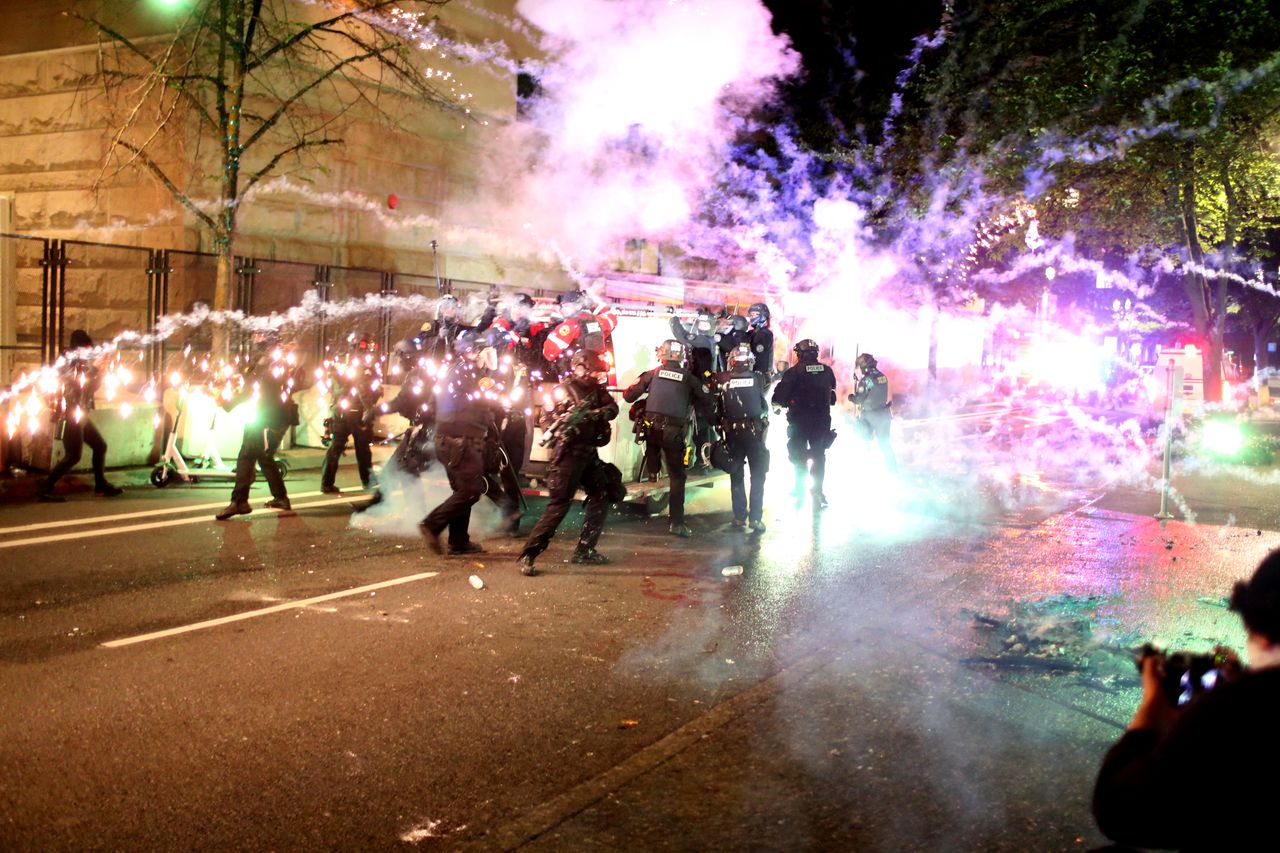 Portland police on Tuesday declared a riot amid a destructive downtown demonstration held on the one-year anniversary of George Floyd’s murder.

About 200 people gathered Tuesday night outside the Multnomah County Justice Center. Some in the crowd lit fireworks and a dumpster fire, tagged the Justice Center with graffiti and broke windows at nearby Portland City Hall.

Police declared a riot about 10 p.m.

Police said they made an unspecified number of arrests.

A separate demonstration held earlier Tuesday featured a rally at Southeast Portland’s Revolution Hall, a march and a silent sit-in on the Burnside Bridge.

Tuesday marked the passing of a year since a Minneapolis police officer murdered Floyd, sparking an unprecedented push to address anti-Black racism across the country.

The killing, which was captured on video, touched off a wave of racial justice protests throughout the country and world, with Portland’s demonstrations spanning more than 100 consecutive nights.