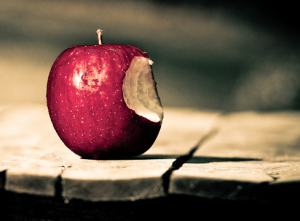 In my last blog article I began a brief consideration of the challenge: How can postmillennialism have a hope for the future in light of the total depravity of man? This is a reasonable challenge. Our eschatology must be compatible with out theology. One doctrine should not undermine another: “the Scripture cannot be broken” (John 10:35).

Hal Lindsey complains that postmillennialists “rejected much of the Scripture as being literal and believed in the inherent goodness of man” (Lindsey, Late Great Planet Earth, 176). I would note, however, that postmillennialists do not believe in the inherent goodness of man, but Lindsey most definitely believes in the inherent weakness of the gospel. He believes that man’s sin successfully resists the gospel even to the end of history. Jonah also had a concern regarding the power of the gospel: he feared its power to save wicked, powerful Nineveh (Jon 1:2–3, 10; 3:2; 4:1–4).

Gary North notes the irony of the complaint that I am considering here. Anti-postmillennialists “believe that a postmillennial revival is inherently impossible because of the power of rebellious autonomous men. They have great faith in man — autonomous, unsaved man. He can thwart the plan of God. Autonomous man says “no” to God, and God supposedly chooses never to overcome this ‘no.’ So, it is in fact the critic of postmillennialism who has faith in autonomous man. He believes that unsaved mankind has such enormous power to do evil that God cannot or will not overcome evil in history by the Spirit-empowered gospel.” (North and DeMar, Christian Reconstruction, 63)

(DVD by Gentry and Gaffin)

Formal, public debate between Dr. Richard Gaffin (Westminster Theological Seminary) and Kenneth Gentry at the Van Til Conference in Maryland. The debate focuses on whether the church is called to perpetually suffer in history.

Though it is true that the “heart is deceitful above all things, and desperately wicked” (Jer 17:9), yet the postmillennialist firmly believes that “God is greater than our heart” (1Jn 3:20). We are confident that “He who is in you is greater than he who is in the world” (1Jn 4:4). After Christ’s resurrection the church receives the Spirit’s outpouring (Jn 7:39; Ac 2:33). And God promises that historical power is “not by might nor by power, but by My Spirit” (Zec 4:6).

We must emphasize this point: We may not convincingly argue for any optimistic expectation for mankind’s future on a secular base. This glorious postmillennial prospect is not in any way, shape, or form rooted in any humanistic effort. We cannot have a high estimation of man’s future based on man in himself, for “the mind set on the flesh is hostile toward God; for it does not subject itself to the law of God, for it is not even able to do so; and those who are in the flesh cannot please God” (Ro 8:7–8). When left to himself man’s world is corrupted and destroyed — a classic illustration being in the days of Noah (Ge 6:5). But God refuses to leave man to himself.

But neither does the hope for the man’s progress under the gospel relate to the Christian’s self-generated strength, wisdom, or cleverness. Left to our own efforts, we Christians too quickly learn that “apart from Me you can do nothing” (Jn 15:5). Were our future outlook rooted in the unaided power even of redeemed man, all would be hopeless. But our hope is in the resurrected Christ. “The labor is ours; the subduing is His.” (Hobbs, An Exposition of the Gospel of Matthew, 422)

Amillennialist Bernard Woudenberg’s complaint against postmillennialism is woefully ill-conceived: “It is like the children of Israel rushing in to take the land of Canaan, but without Moses at their head (Numbers 14:40–45). Christ alone holds the right to rule, and he does (Ephesians 1:19–22), and we are never more than simply servants of His” (Woudenberg, “Hope as an Incentive to Godliness,” Standard Bearer, 1990,161). As Woudenberg notes in his self-vitiating argument, Christ does rule! Therefore, postmillennialists humbly bow themselves before him and seek to employ his Law-word under his headship. Would Woudenberg dismiss authoritative church leadership? Is eldership a usurpation of the authority of Christ who is the Head of his church? How, then, can he dismiss the prospect of Christian leadership in the world, as if it implies a usurpation of Christ’s authority?

Sin is a huge factor in world affairs, to be sure. But God has established redemption to overcome that factor. Despite all the sin in the world, we must faithfully pray: “Your will be done, / On earth as it is in heaven” (Matt 6:10). And in praying, we must believe. “All things you ask in prayer, believing, you will receive” (Matt 21:22).