More details about the DoJ investigation into the collapse of Archegos are starting to emerge. Instead of going after Archegos and its founder, ex-billionaire “Tiger cub” Bill Hwang, it looks like the investigation is focusing on the prime brokers that extended his fund the margin it used to magnify the size of his bets on a handful of media and tech stocks, including ViacomCBS.

According to Bloomberg, the DoJ’s antitrust division is handling at least part of the criminal investigation into the collapse. Specifically, it appears they’re interested in the banks’ discussions about potentially working together to unwind pieces of the Archegos portfolio in an orderly fashion that wouldn’t spook markets. 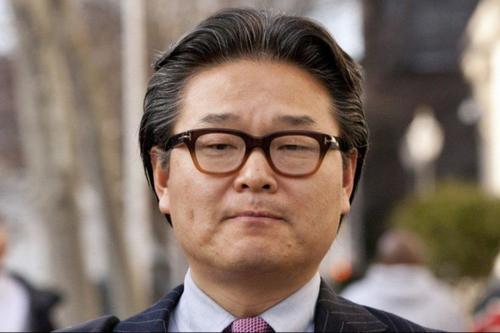 Ironically, the brokers’ hasty attempt to work together to prevent losses seems to have had the opposite effect. Instead, Goldman Sachs and Morgan Stanley were the first to break ranks and start dumping shares in blocks, sparking a fire sale as all the banks rushed to sell at the same time.

And now, the tactic has apparently landed them all on the DoJ’s radar.

We have already reported how most of these firms saw their prime brokerage business as part of building a relationship with Archegos, which is why Credit Suisse earned just $17.5MM in fees from Archegos’s trading business. Credit Suisse demanded a margin of only 10% for the equity swaps it traded with Archegos and allowed the family office 10x leverage on some transactions. Of course, just like in the movie “Margin Call”, it appears nobody at Credit Suisse had any idea the true extent of the risks of dealing with Archegos, which had stretched itself extremely thin by placing levered bets with half a dozen of the street’s biggest prime brokers.

When the banks realized what was happening, one source described the rush to sell as a “gigantic clusterf**k”.

As Bloomberg pointed out, some of the prime brokers also had business relationships with the companies whose shares were being relentlessly pumped by Archegos. Morgan Stanley, for example, was the lead fundraiser on the ViacomCBS equity offering that lit the fuse on the Archegos trade blowup.

Morgan Stanley had a key role in the blowup: It was the firm leading the fundraising for ViacomCBS and then later in the week was among the first to start dumping shares tied to Archegos that included its giant holdings in the media company. The bank reasoned that it needed to meet its underwriting obligations first before it started the Archegos share sales, Chief Executive Officer James Gorman said in April.

And when push came to shove, Morgan Stanley was also one of the first out the door when it came time to sell. We’re curious to learn what the DoJ makes of all this tangled web of conflicting interests between Archegos, its brokers, and the companies whose shares were impacted.

SEC Chairman Gary Gensler has already spoken publicly about the need to rethink disclosure requirements for equity-based swaps (like the “total return” swaps that Archegos used). When it’s all said and done, the incident could also lead to more scrutiny for prime brokerages as the DoJ cracks down on even the appearance of collusion.