A report in the Palestinian Authority daily Al-Hayat Al-Jadida reveals that a prisoner who had been jailed for unspecific crimes now has been freed in time to announce the name of his new son is “Eichmann,” chosen in order to “anger Zionism.”

The conflict between Israelis and Palestinians dates back not just decades or centuries but millennia.

It’s now focusing on the issue that Israel has its homeland in the Middle East on land that Palestinians claim is theirs. They, in fact, have testified that the only solution is the eradication of Israel, the only democracy in the region.

It is the Palestinian Media Watch that confirmed access to the report revealing how a prisoner, identified as Al-Ghadanfar Abu Atwan, is a Fatah member from Dura in the Hebron district.

He “is continuing” his opposition to the “occupation,” as Israel typically is described, by announcing he’d picked Eichmann is the name of his son.

Adolf Eichmann was a high-ranking official in Germany’s Nazi ranks and “one of the major architects of the genocide of over 6,000,000 of the Jews of Europe” during World War II, PMW reported.

The Palestinian report explained the family’s heritage is a long one of fighting.

The prisoner’s grandfather was “in the revolutionary activity before the 1967” Six-Day War, won by Israel.

The grandfather had been arrested and jailed, and the prisoner’s uncle was killed while fighting against Israel in 1974, it reported.

“In the same period, their home was blown up three times, and the family members lived in a Red Cross tent for three years. His aunt Haifa was arrested for nine months, and his aunt Abla for six months,” the report explained.

PMS said it’s far from the first time a Palestinian has used his own child, and the child’s name, to lash out at Israel.

PMW said at one point Palestinian parents were naming their sons “Muhannad” after the murderer Muhannad Halabi, who stabbed two Israelis to death during a terror campaign in 2015-2016.

“Similarly, the parents of a boy born during the same terror wave – by Palestinians called the ‘Knife Intifada’ due to the many stabbing attacks – chose to name their son ‘Knife of Jerusalem,'” the report said.

The post Prisoner picks name for son that will 'anger Zionism' appeared first on WND. 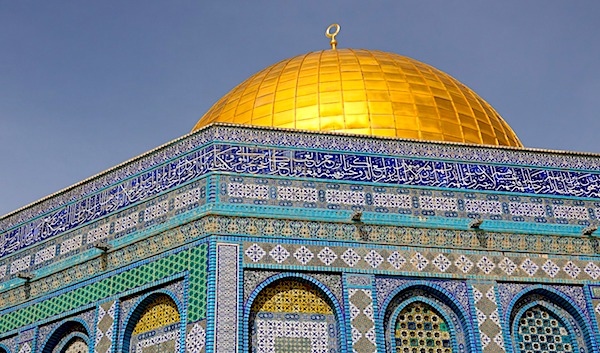