Professor: Historians Will Look Back On Lockdowns As “Most Catastrophic Event Of All Human History”

Stanford University professor of medicine Jay Bhattacharya says that in years to come lockdowns will be looked back upon as the most catastrophically harmful policy in “all of history”. 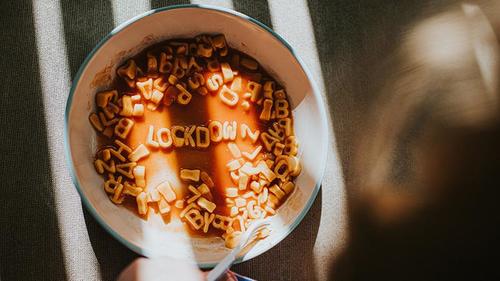 Speaking on The London Telegraph podcast ‘Planet Normal’, Bhattacharya noted that government scientific advisors “remain attached” to the policy of lockdown in spite of the total “failure of this strategy”.

“I do think that future historians will look back on this and say this was the single biggest public health mistake, possibly of all history, in terms of the scope of the harm that it’s caused,” said Bhattacharya.

The epidemiologist added “Every single poor person on the face of the earth has faced some harm, sometimes catastrophic harm, from this lockdown policy.”

“Almost from the very beginning, lockdown was going to have enormous collateral consequences, things that are sometimes hard to see but are nevertheless real,” Bhattacharya added.

He further noted that serious mental and physical illnesses have been basically ignored and “we closed our eyes to them because we were so scared about the virus and so enamoured with this idea that the lockdown could stop the virus.”

The professor previously told Newsweek that COVID-19 lockdowns are “the single worst public health mistake in the last 100 years,” adding that “We will be counting the catastrophic health and psychological harms, imposed on nearly every poor person on the face of the earth, for a generation.”

Bhattacharya is one of the co-authors of the Great Barrington Declaration, which has received thousands of signatures from medical and public health scientists.

Bhattacharya’s latest comments come as the government is warning that England’s lockdown measures could remain in place beyond the supposed “freedom day” on June 21st despite the fact that for 11 out of the last 12 weeks, deaths have been below the 5 year average.

The effects of lockdown have been devastating, with leading cancer charities in the UK warning that there is a crisis underway with huge numbers of people not receiving referrals or treatment because they’ve been told to stay at home and not to burden the National Health Service.

A major new study by German scientists at Munich University has also found that lockdowns had no effect on reducing the country’s coronavirus infection rate.

“Statisticians at Munich University found “no direct connection” between the German lockdown and falling infection rates in the country,” reports the Telegraph.

The findings add to the mountains of research that already exists suggesting that the ‘cure is worse than the problem’ as regards the COVID pandemic.

As we previously reported, Academics from Duke, Harvard, and Johns Hopkins have concluded that there could be around a million excess deaths over the next two decades as a result of lockdowns.

In October, the World Health Organization’s Regional Director for Europe Hans Kluge said governments should stop enforcing lockdowns, unless as a “last resort,” because the impact on other areas of health and mental well-being is more damaging.

NEW: WHO Europe Director, Hans Kluge tells me, no government should enforce another national lockdown unless it is absolutely necessary, a last resort

He says damage to other health areas, mental health, domestic violence, schools and cancer treatment is too great pic.twitter.com/jzbh9YbH7z

Kluge’s warning matched that of the WHO’s special envoy on COVID-19, Dr David Nabarro, who told the Spectator in an interview that world leaders should stop imposing lockdowns as a reflex reaction because they are making “poor people an awful lot poorer.”

The warnings resonate with numerous other experts who have desperately tried to warn governments that lockdowns will end up killing more people than the virus itself, but have been largely ignored.

Germany’s Minister of Economic Cooperation and Development, Gerd Muller, recently warned that COVID-19 lockdowns will result in “one of the biggest” hunger and poverty crises in history.

“We expect an additional 400,000 deaths from malaria and HIV this year on the African continent alone,” Muller said, adding that “half a million more will die from tuberculosis.”

Muller’s comments arrived months after a leaked study from inside the German Ministry of the Interior revealed that the impact of the country’s lockdown could end up killing more people than the coronavirus due to victims of other serious illnesses not receiving treatment.

Another study found that lockdowns will conservatively “destroy at least seven times more years of human life” than they save.

Professor Richard Sullivan also warned that there will be more excess cancer deaths in the UK than total coronavirus deaths due to people’s access to screenings and treatment being restricted as a result of the lockdown.

His comments were echoed by Peter Nilsson, a Swedish professor of internal medicine and epidemiology at Lund University, who said, “It’s so important to understand that the deaths of COVID-19 will be far less than the deaths caused by societal lockdown when the economy is ruined.”

According to Professor Karol Sikora, an NHS consultant oncologist, there could be 50,000 excess deaths from cancer as a result of routine screenings being suspended during the lockdown in the UK.

A Guardian analysis has found that there have been thousands of excess deaths of people at home in the UK due to the lockdown.

Infectious diseases expert and University of Edinburgh professor Mark Woolhouse acknowledged that the decision to lockdown the UK last March was a “crude measure” that was enacted because “we couldn’t think of anything better to do.”

Woolhouse said the lockdown was a “panic measure” and a “monumental mistake on a global scale,” adding “I believe the harm lockdown is doing to our education, health care access, and broader aspects of our economy and society will turn out to be at least as great as the harm done by COVID-19.”

As we further previously highlighted, a data analyst consortium in South Africa found that the economic consequences of the country’s lockdown will lead to 29 times more people dying than the coronavirus itself.

Experts have also warned that there will be 1.4 million deaths globally from untreated TB infections due to the lockdown.

Thousands of doctors and scientists are also on record as opposing lockdown measures, warning that they will cause more death than the coronavirus itself.