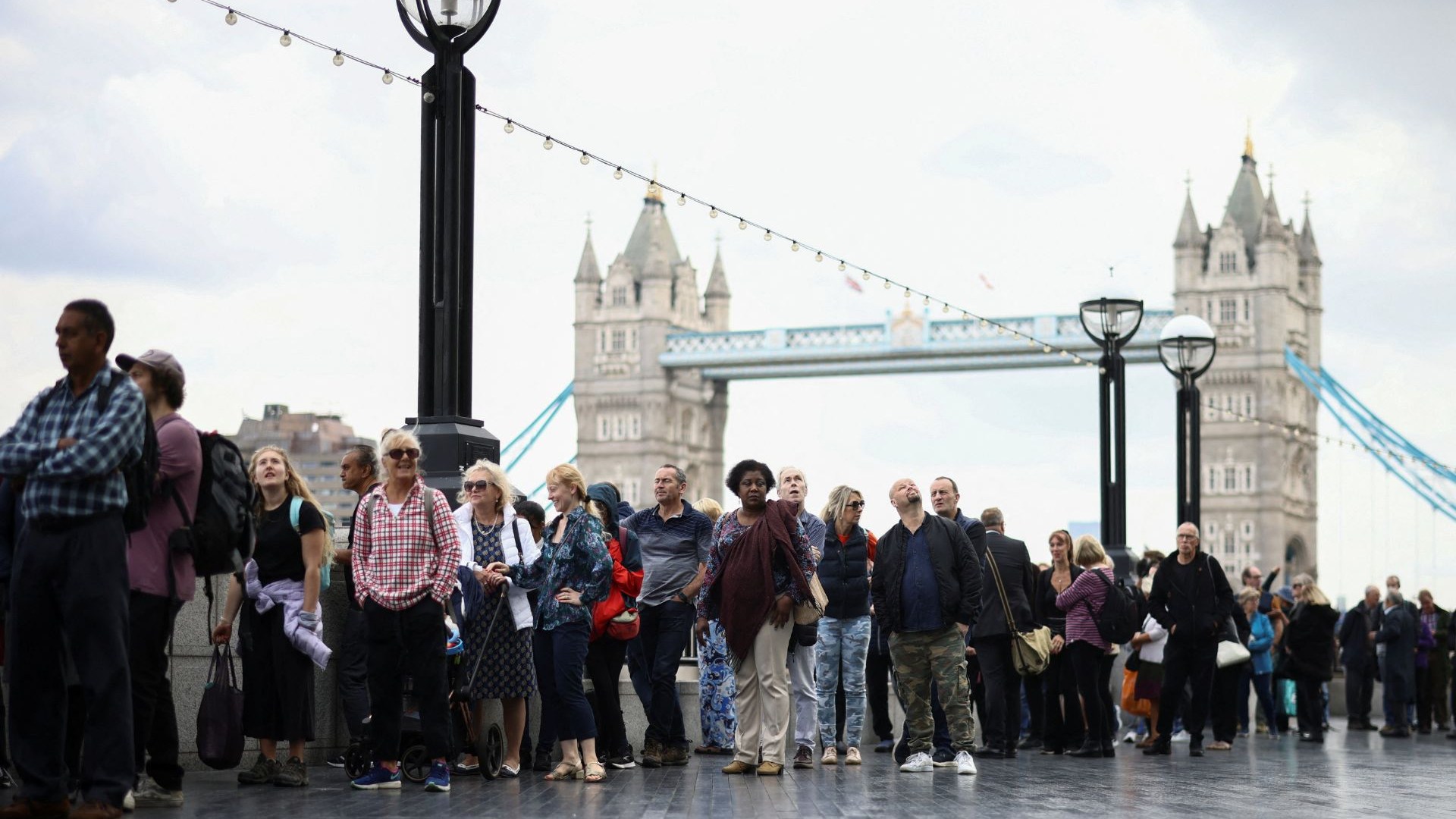 What can we expect Monday morning?

6:30am: Westminster Hall will close to the public as the Queen’s lying in state concludes after four days to prepare for the state funeral.

8:00am: Westminster Abbey will open for the congregation of 2,000, which will include world leaders and foreign royals.

10:35am: A bearer party from the Queen’s Company 1st Battalion Grenadier Guards will lift the coffin from the catafalque in Westminster Hall and carry it in procession to the State Gun Carriage of the Royal Navy, which will be positioned outside the North Door.

10:44am: The gun carriage, drawn by 138 Royal Naval ratings, will set off from New Palace Yard to Westminster Abbey via Parliament Square, Broad Sanctuary and the Sanctuary.

It will be followed on foot by King Charles and members of the Royal Family including Prince Edward, Prince Andrew, Princess Anne, Prince William and Prince Harry.

10:52am: The procession will arrive at the West Gate of Westminster Abbey where the coffin will be lifted from the gun carriage and carried in ready for the funeral service.

11am: The service, conducted by the Dean of Westminster, will begin. PM Liz Truss and the Secretary General of the Commonwealth will give readings.

11:55am: Last Post will sound, followed by a two-minute silence to be observed inside the abbey and across the UK.