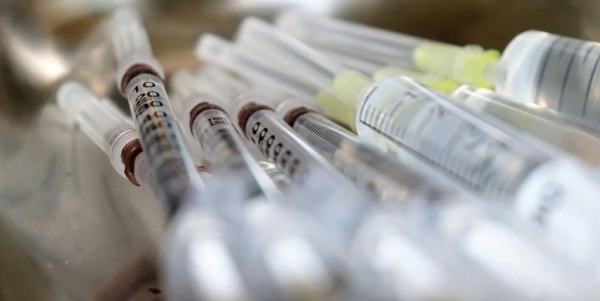 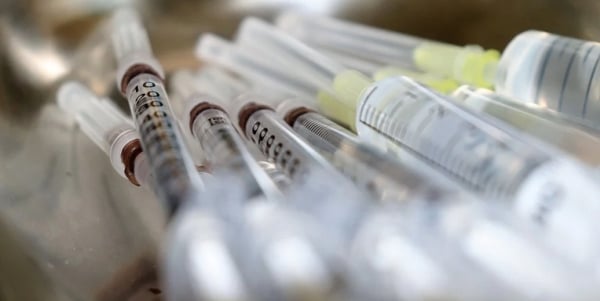 Health officials have not “completely explored” the safety of COVID-19 vaccines for children, Sen. Rand Paul warned, calling for more examination and information on the safety risks that vaccines potentially pose for children.

“This is the craziness being foisted upon our children in school, but it’s also the same crazy people that want to hold your kid down and give them a shot without your permission, and we need to fight back,” he said.

The concerns are not unfounded: On Oct. 1, California became the first state in the nation to announce a COVID-19 vaccination mandate for children attending in-person schooling.

And in early November, Sen. Ted Cruz, R-Texas, introduced a bill aimed at prohibiting all entities that receive federal funding, including school districts, from requiring COVID-19 vaccinations for children.

“I don’t think that we have completely explored the safety for children,” Paul told The Daily Signal. “No. 1, we don’t know—whether or not your child has already had COVID—whether the vaccine is safe.”

The senator said health officials have acknowledged “tacitly” that children who already have had COVID-19 are “no good for determining whether the vaccine works, because they’ve already had the disease.”

“They understand natural immunity. They just feign as if they don’t,” Paul said, adding:

The immune response of a 10-year-old or 15-year-old potentially could be “so exuberant” that it could lead to inflammatory conditions, such as inflammation of the heart, Paul said.

“God forbid, your healthy kid who is not really at risk much for COVID, gets a deadly or debilitating disease from a vaccine,” the senator said, adding: “I would think you’d want to make an informed decision. But instead, Dr. Fauci says, ‘Stick your head in the sand. Don’t ask me any questions. Just do what you’re told.’ And basically, that’s the noise of a dictator.”

Paul’s reference was to Dr. Anthony Fauci, director of the National Institute of Allergy and Infectious Diseases and the chief medical adviser to President Joe Biden, with whom Paul has sparred publicly several times.

Paul predicted that public schools will “forbid entry” for students who are not vaccinated.

“Fortunately, I survived all this,” the Kentucky Republican said of his three children. “Mine are now grown. Grandkids will be the next thing I’ll have to worry about, but that’s what’s coming. The public schools aren’t going to relent.”

The Biden administration’s vaccine mandate for private employers has been stayed in court and very well may be struck down, Paul said, noting that he is “very hopeful” that the courts will find that mandate unconstitutional.

“But the mandates for kids in schools, we’ve had that for decades now,” he said, “and the courts have never really helped us with it. The problem is, they’re now mandating a lot of vaccines to things that are not really deadly, and particularly [not really] deadly at all for children, and with rare consequences.”

The senator also addressed Fauci’s suggestion on “CBS This Morning” that Republicans—and former President Donald Trump—have a “misplaced perception about people’s individual right to make a decision that supersedes the societal safety.”

Fauci’s comments reflect a “casual disregard for what this country was founded upon,” Paul told The Daily Signal, “that our rights come from our creator, that they’re guaranteed and enshrined in the Constitution and the Bill of Rights.”

“He just wants you to listen to his authority,” Paul said of Fauci. “He has the authority. He wants people to listen and not question him, but that’s sort of a recipe for authoritarianism, so I greatly object to him.”

The post Rand Paul: Militants pushing CRT, gender ideology, want to 'hold your kid down and given them a shot without your permission' appeared first on WND.