Reading, Writing, And Ratting Each Other Out

Authored by Nicole Neily via RealClearEducation.com,

Much ink has been spilled over the illiberal education that college students receive these days, and how ivory tower-incubated ideas are now finding their ways into society at large. But less well-known is how some of the more devious – and unconstitutional – policies employed by America’s colleges and universities have begun to migrate down to the K-12 level as well. 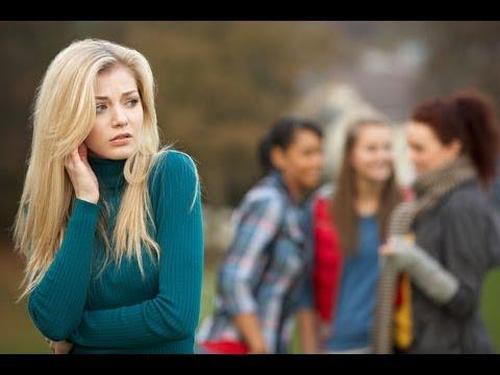 One such program is the bias response team, which encourages students and staff to file reports about perceived “bias incidents” through portals on the school’s website – anonymously if individuals so choose. Reports are sent to a school’s “team,” which is often composed of assorted university officials such as campus police, deans of students, Title IX administrators, and diversity employees. A 2017 report from the Foundation for Individual Rights in Education identified 231 bias response teams operating in higher education institutions across the country, a number which has undoubtedly risen since then.

As Jeffrey Aaron Snyder and Amna Khalid wrote in the New Republic in 2016, “They degrade education by encouraging silence instead of dialogue, the fragmentation of campuses into groups of like-minded people, and the deliberate avoidance of many of the most important—and controversial—topics across all academic disciplines.”

It should surprise nobody that these programs have become weaponized in recent years. Students frequently reported for discussing political and religious topics – which are constitutionally protected on public university campuses, much to the chagrin of these bureaucratic star chambers. Once made aware of these programs’ existence, most rational students simply refrain from discussing potentially controversial topics altogether out of an abundance of caution; as a result, whole lines of discussion and arguments that might be found on a nightly news show quietly and conveniently disappear from college campuses.

But to a growing number of K-12 administrators, that chilling isn’t a bug – it’s a feature. And it’s why they’re spreading.

In Massachusetts, Wellesley Public Schools (WPS) maintains a policy on “Responding to Bias-based Incidents,” which lists “telling rude jokes” and “using a slur or insult toward a student or their family” as examples of bias-based behavior; slides of a mandatory teacher training provide examples of microaggressions in the classroom, such as “mispronouncing the names of students” and “scheduling tests and project due dates on religious or cultural holidays.” Microaggressions in the workplace include saying, “you’re so articulate,” and “my principal is crazy!”

In Maryland, the Montgomery County Public Schools plan to launch an online portal where students and parents can report “bias-related” or “hate” incidents.

In Massachusetts, Newton Public Schools are in the process of building out a new discrimination and bias response portal, which will be distinct from their existing bullying prevention & intervention website.

This month, a bias response program in Virginia became the target of a federal lawsuit; the Liberty Justice Center is challenging Loudoun County Public Schools’ “Share, Speak Up, Speak Out” program, administered by the district’s “Student Equity Ambassadors,” among other programs.

Bias response programs have come under significant criticism by federal appellate courts, and with good reason. In an October 2019 decision, the 6th Circuit Court of Appeals found that students at the University of Michigan faced “an objective chill based on the functions of the Response Team.” In October 2020, a decision from the Fifth Circuit Court of Appeals noted that the University of Texas’ Campus Climate Response Team “represents the clenched fist in the velvet glove of student speech regulation.”

Students absorb more in school than simply lesson plans; they’re also learning how to interact with individuals who come from different backgrounds and viewpoints. Bias response teams send a clear message not only that certain opinions are wrong but that the correct coping method, when confronted with such a situation, is to “go tell the grownups.”

Creating the expectation that authority figures can – or should – adjudicate all interpersonal disputes isn’t just denying children the opportunity to develop better interpersonal skills. It’s also a slippery slope to big government, which by necessity must expand to fulfill this new role.