This new round of heat could be the hottest yet. Large swaths of interior Texas, Oklahoma, and Kansas could see predicted highs reaching 110 degrees Fahrenheit and heat indexes much higher.

Although triple-digit temperatures are typical for the Central Plains and Texas in July and August, the frequency in the number of 100-degree days is above average.

Take, for instance, Tulsa, Oklahoma. The metro area has just recorded its 11th 100-degree day of the season — the average for the entire season is ten. 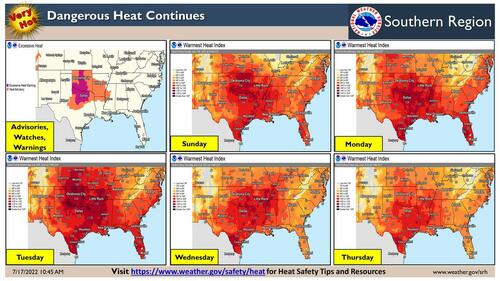 The heat will increase days after the Electric Reliability Council of Texas (ERCOT), which operates Texas’ electric power grid, asked customers to conserve energy on Monday and Wednesday. ERCOT blamed grid strains on record high electric demand and the lack of wind and solar power.

Tesla Motors even asked owners of its electric cars not to charge “between 3 pm and 8 pm … to help statewide efforts to manage demand.”

The same areas are under a dangerous and expanding worsening drought. 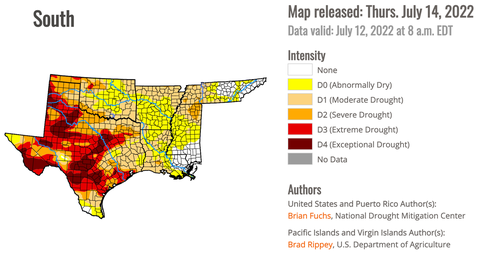 ERCOT could be forced to take emergency action and ask customers to conserve power Monday to avoid rolling blackouts as a relentless heatwave strains power supplies.