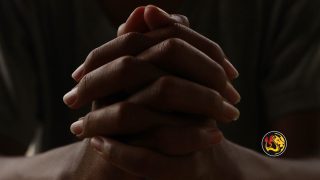 BUDAPEST (Worthy News) – One Christian out of seven in the world suffers high levels of persecution and discrimination for his or her faith, and North Korea appears again as the most dangerous place for devoted believers, an annual report showed Wednesday.

The World Watch List (WWL) 2023 of the respected advocacy group Open Doors showed that more than 360 million Christians are severely persecuted and targeted for their belief in Jesus Christ. Though similar figures were recorded previously, the crackdown appeared to increase in the WWL’s 50 nations where it is the most dangerous to be a Christian, Open Doors said.

For only the third time in three decades of tracking, all 50 nations scored high enough to register “very high” persecution levels on Open Doors’ matrix of more than 80 questions. So did five more countries that fell just outside the cutoff.

The report was also presented to the Italian Parliament in Rome, Vatican Radio reported on Wednesday. It came after Hungary’s rightwing condemned the West this week for allegedly playing down the persecution of Christians after Islamists in Africa killed and injured dozens of believers on Sunday, including a priest.

Tristan Azbej, state secretary at Hungary’s foreign ministry, said politicians in the West “must stop their denial.” He added that “a dozen Christians a day are not murdered because of climate change or local clashes, but because of their religion.

North Korea appears again as the most hostile place for Christians due to the new “Law against Reactionary Thinking” introduced in 2021, which has increased arrests, according to this year’s WWL. Christians have no freedom and, if discovered practicing their faith, face labor camps, if not death, according to Christians familiar with the situation. Even owning a Bible is a serious crime and will be severely punished, Open Doors established.

In the previous report, North Korea had been replaced by Afghanistan for the first time after the Islamist Taleban group takeover over the

country in August 2021. However, Afghanistan’s ranking has dropped to ninth, as most Christians have fled the country. Conversion from Islam carries the death penalty in Afghanistan. The tiny local Christian community is forced to live and express their faith underground or in exile,

North Korea is followed by Somalia, Yemen, Eritrea, Lybia, Nigeria, Pakistan, and Iran, all facing either war or internal strife, or are under authoritarian regimes, as in the case of Eritrea and Iran, the WWL stressed.

One of the countries of most concern is Nigeria, where Christians are targeted by Islamist groups such as the Boko Haram and Muslim Fulani herders, along with bandits. In one of the most recent incidents, a priest was burned to death, and another was shot and injured in the Diocese of Minna by suspected Islamic assailants.

In terms of absolute numbers, Christians killed in 2022 have slightly decreased from 5,621 to 5,898, according to Open Doors estimates.

Additionally, the number of churches attacked or closed decreased by more than half, from over five thousand in 2021 to just over two thousand last year. According to Open Doors sources, Communist-run China played a significant role in this cutback, with one thousand incidents against three thousand in the previous year.

However, millions of Christians are known to worship underground to escape police raids ordered by local communist authorities, Worthy News established. Last year also saw a drastic increase in abductions of Christians, from 3,829 to 5,259. Almost five thousand were abducted in Nigeria, Mozambique, and the Democratic Republic of Congo, where Islamists have recently claimed a bomb attack against a Pentecostal church in the eastern Congolese town of Kasindi, which killed more than a dozen people and injured dozens more.

Open Doors noted that tens of thousands of Christians had been attacked in several countries worldwide, with almost 30,000 incidents documented.

In India, where Prime Minister Narendra Modi’s Hindu-nationalist government has curtailed the rights of members of other faiths, some 1,750 Christians have been detained without trial, according to well-informed researchers.

Open harassment is often accompanied by more subtle pressures, including daily abuses at workplaces, schools, and public facilities, Christians explained. Though difficult to quantify, they have a substantial impact on communities and contribute to forcing Christians to displace internally

and internationally, the WWL report said.

Pressure on Christians is particularly evident in the Sahel region and other parts of Africa and the Middle East, including in Iran and Asia’s Myanmar, also known as Burma, where since the military coup in February 2021, the ruling army has been targeting churches.

The latest known incident occurred on January 15, when Myanmar’s military, known as the Tatmadaw, burned down a historic Catholic church in the village of Chan Thar in the Diocese of Mandalay, the Vatican said. Open Doors complained that displacement is often a deliberate strategy in several countries to wipe out the Christian presence there.

Investigators noticed other heinous but “hidden” forms of persecution target Christian women. For example, thousands are victims of rape to “shame their families and communities” or of forced marriages aimed at forced conversion, according to Open Doors and other human rights monitors.

The WWL report recorded over 2,000 rapes and 717 forced marriages. Still, the actual figure is believed to be higher as most cases are not reported to authorities amid cultural pressures. In addition, open Doors said it has begun investigating more gender-specific persecution of Christians. The 2023 version of the WWL tracks the period from October 1, 2021, to September 30, 2022. It was compiled from grassroots reports by more than 4,000 Open Doors workers across more than 60 countries.

It is the first WWL published without Open Doors founder Dutchman Anne van der Bijl, known as “Brother Andrew.” The voice of voiceless persecuted Christians died last year in the Dutch town of Harderwijk at age 94. “Every door is open to entering for Christ, as long as you are willing to go and you don’t worry whether you will return,” Brother Andrew once said.

Amid mounting Islamic violence against Christians in the Middle East, the Persian Gulf, North Africa, and Southeast Asia, he stressed it was crucial not to take revenge. “If we have a hostile picture of a political or religious group or a nation, the love of God cannot reach us to do something about it,” Brother Andrew argued.