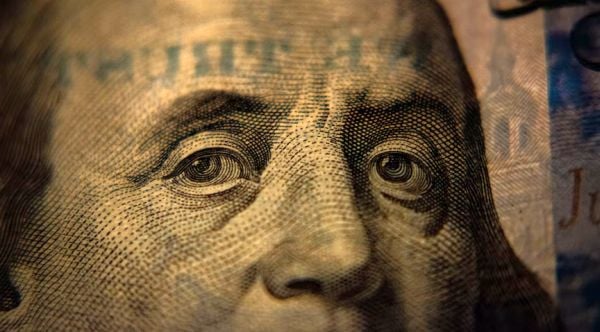 A new report at the Federalist explains how Joe Biden used taxpayer money during the 2022 election to “buy young voters.”

The concept isn’t new. During the 2020 presidential race Mark Zuckerberg turned over $400 million plus to several foundations, which then handed it out to local elections officials.

Then they often used it to recruit voters from Democrat regions.

The new report is from Shawn Fleetwood, a staff writer at The Federalist.

He explained that Biden ordered American universities to use the taxpayer-funded “Federal Work Study” programs to pay students to engage in “voter registration.”

Those ended up being “for the benefit of Democrats,” the report said.

The report explained it was last April that Biden told the schools they must, under the Higher Education Act of 1965, make efforts to have mail voter registration forms available to students.

“But the president’s acting assistant secretary for the Office of Postsecondary Education, Michelle Asha Cooper, went much further, claiming that as part of such efforts to increase voter registration among their students, universities may use work-study funds — which are used to provide part-time campus jobs to help students with tuition costs — to pay students to ‘support voter registration activities,'” the report explained.

Cooper demanded, “If a student is employed directly by a postsecondary institution, the institution may compensate a student for [Federal Work Study] employment involving voter registration activities that take place on or off-campus.”

Biden, in fact, earlier issued an all-of-government order that every office of every agency was responsible for trying to recruit voters.

Explained the Federalist, “Cooper directed colleges to expand their roles in the electoral process, such as by becoming voting sites and supplying locations for ballot drop boxes. She told colleges and universities to coordinate their activities with local election officials.”

Multiple legal efforts by different organizations to uncover the impact of Biden’s all-of-government demands have been unsuccessful, and “the Biden administration has continued to conceal nearly all related documents,” the report said.

But it noted that the tax-funded work-study “scheme” complemented the work of various Democrat organizations.

“Among the most notable of these groups is an organization known as Civic Nation, a nonprofit headed by Valerie Jarrett, a former senior adviser to President Barack Obama. According to its website, Civic Nation’s stated mission is to ’empower’ individuals and entities ‘to create a more inclusive, equitable America’ through the use of multiple ‘national initiatives’ that seek to ‘activate and train people to organize within their communities.’ One of these active enterprises is an initiative known as the ‘ALL IN Campus Democracy Challenge,’ which was established in 2016 to encourage colleges to increase voter participation among students.”

That group, during the 2022 races, parroted talking points that matched those of the Democrats.