A new investigative report by Buzzfeed on an alleged plot to kidnap Michigan Gov. Gretchen Whitmer over her radical COVID lockdown orders shows that undercover FBI informants who infiltrated the group purportedly played a significant role in developing the plan.

In fact, the report claims the FBI-linked activists, “acting under the direction of the FBI, played a far larger role than has previously been reported.”

The report explained, “Working in secret, they did more than just passively observe and report on the actions of the suspects. Instead, they had a hand in nearly every aspect of the alleged plot, starting with its inception. The extent of their involvement raises questions as to whether there would have even been a conspiracy without them.”

Byron York, in a commentary in the Washington Examiner, explained about a dozen men were arrested last October, individuals reportedly linked to Michigan militia organizations, and charged with “planning to grab Whitmer and put her on some sort of ‘trial,’ in part out of anger at her lockdown orders…”

“But the news in the Buzzfeed story is not really about the suspects. It’s about the FBI,” York said, “As it turned out, the bureau had deeply infiltrated the group, with perhaps more FBI informants and undercover agents working the case than there were alleged conspirators. But the FBI did not limit themselves to just watching and listening as the suspects allegedly plotted.”

He noted the report confirms that a “longtime government informant” not only helped organize meetings where militia members discussed possible reactions but even “paid for some hotel rooms and food as an incentive to get people to come.”

“It was all ultimately paid for by the FBI,” he reported.

“Anyone reading the Buzzfeed article comes away with the question: If the FBI had so deeply infiltrated the Michigan militia plot, did it not also infiltrate the groups that planned to go to the Capitol on January 6?” York wrote.

“In a larger sense, the FBI has long been proud of the work it did infiltrating and bringing down the Ku Klux Klan. And in recent years, bureau officials have warned repeatedly that right-wing militias, or white supremacists, or whatever you want to call them, present the single greatest threat to the domestic security of the United States. So wouldn’t it be surprising if the FBI had not infiltrated the Three Percenters, the Oath Keepers, the Proud Boys, and others? If so, what did the bureau know about whatever planning was involved in those groups’ actions on January 6?”

He noted that the events of January 6 were not “an FBI operation.”

“But just as in the Michigan matter, where the defendants will argue in court that they were entrapped by law enforcement, the public should know what U.S. law enforcement knew and did in the lead-up to January 6.”

The Buzzfeed report confirmed that the government has documented at least 12 “confidential informants” were helping in the investigation of the alleged Michigan strategy.

When 12 men were arrested for allegedly plotting against the liberal Democrat governor, seven ended up in jail and the case made international headlines,” the report said.

“The defendants … say they were set up,” the report said.

It was one informant, an “Iraq War vet,” who joined the group, rose to become its second-in-command, and then encouraged members to take part and “prodded” the alleged mastermind to advance his plan.

The report describes how the defendants “claim their talk never rose beyond the level of fantasy and they never intended to harm anyone. Although they have not denied participating in training events, attending meetings, and communicating with other defendants, they claim that no actual conspiracy to kidnap the governor ever existed.”

Buzzfeed found: “Instead, they say, they were targeted because of their political views. Some describe the case as a premeditated campaign by the government to undermine the Patriot movement, an ideology based on fealty to the Second Amendment and the conviction that the government has violated the Constitution and is therefore illegitimate. They argue that the recordings and text messages that the government calls proof of a criminal conspiracy are in fact constitutionally protected speech — expressions of frustration at what they see as the government’s betrayal of its citizens.”

Already, one of the defendants has formally accused the government agents of entrapment, explaining how the FBI assembled “the key plotters,” then encouraged “anti-government feelings” and even provided “military-style training.”

The government is moving forward with its prosecutions, but not without complications. The report noted one of the lead prosecutors was reassigned pending an audit into whether he withheld evidence in other cases, and an FBI agent in the case was accused in state court of assault with intent to do great bodily harm.

The report pointed out that only a few years ago, “an apocalyptic Christian group in Michigan was prosecuted for allegedly plotting to murder police officers. Among other things, the defendants claimed that the entire conspiracy was instigated by deeply embedded FBI informants, and the defendants were ultimately acquitted by the judge.”

The report also reveals how at least one of the informants was given “$24,000 and a new car” for his service.

The Buzzfeed report details, extensively, the involvement of various informants.

It describes how one informant, a convict, later even was charged for using a firearm, and has argued in his own defense that what he did was with the “authorization from the FBI.”

The episode is part of what prompted famed conservative filmmaker Dinesh D’Souza recently to warn the FBI “has become a grave threat to our national security.”

“In fact, I would say the FBI now poses a greater threat to our national security than any white supremacist group,” he continued, “Thugs with badges are always more dangerous than thugs on the street.”

His comments came on a podcast after a report from Revolver, and which also got the attention of Fox News’ Tucker Carlson.

That report charged essentially that some of those key individuals who planned the riot at the U.S. Capitol on January 6 likely were federal agents, or informers. The report documents multiple “unindicted co-conspirators” who are being cited in federal charges against some of the defendants stemming from the violent episode.

Yet the “unindicted co-conspirators,” who allegedly committed many of the same acts as those who now are facing serious charges, are not being charged. Actually, not even being identified.

D’Souza pointed out that leftists are insisting the government attack the “command and control element” of the Capitol events, and they even have claimed it could be sitting members of Congress.

That’s just a smear, D’Souza said. But he pointed out that the FBI has been known to be infiltrating its target groups for years.

“Why should anyone assume they haven’t done it?” he wondered, citing those organizations that the government is accusing of playing a role in the violence and vandalism. 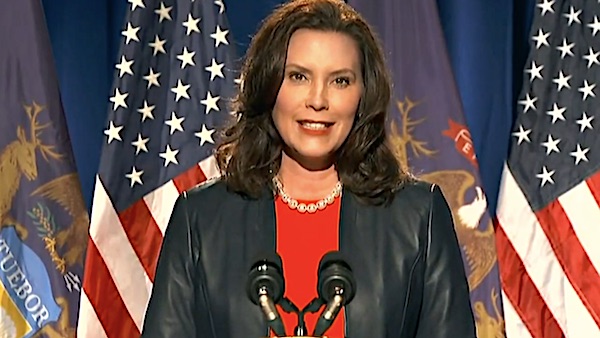