Retail Sales Preview: A Drop To End The Year, And It’s All Downhill From Here

Now that even Blackrock is echoing our warning that central banks – powerless to fight supply-driven inflation – could hike right into a recession and beyond, the next question is what is the best leading or coincident indicator showing the state of the US economy. A good place to start is spending of the US consumer, responsible for 70% of US GDP, and a good indicator of that is retail sales, the same retail sales that have been running some 22% above trend from pre-covid levels even as payrolls remain dismally lower. 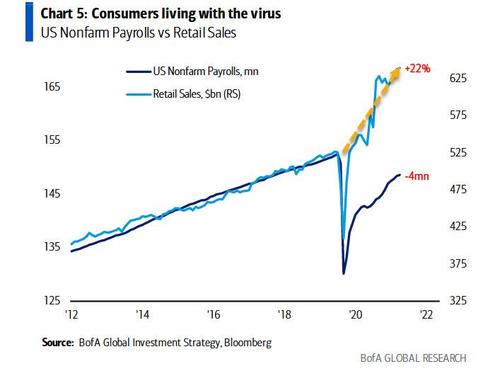 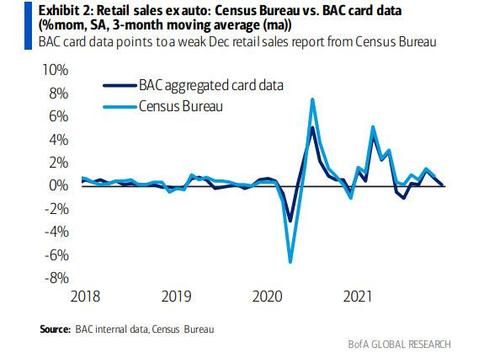 Here is how BofA economist Anna Zhou described the latest retail sales dynamics: December sales were weighed down by the pulled forward holiday shopping, which was then negatively impacted in the SA process due to the large seasonal factors. Indeed, as shown in the chart below, December has the highest seasonal adjustment factor, meaning that while unadjusted data is likely to show a big drop, the final number will be all about what adjustment factor is used by the Census Bureau. 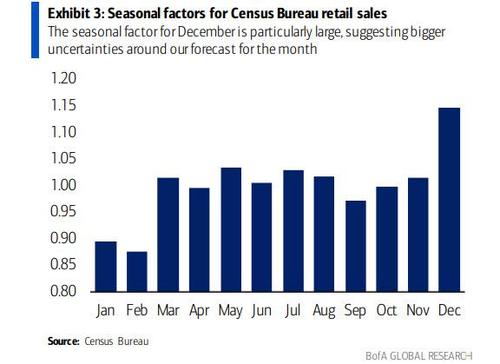 Taking a step back, BofA writes that total card spending, measured by aggregated BAC credit and debit cards, increased an average of 19.5% on a 2-yr basis over the 8-weeks ending Jan 1st, in keeping with the top chart.

Meanwhile, although the pulled forward holiday shopping lowered the 2-yr %change of total card spending toward year end (15.0% for the 7-days ending Jan 1), the BofA economist notes that consumers likely “remained robust during the season finale of a strong year of spending.”

And indeed, while spending on goods remains solid, consumers are pulling back on services spending due to the surge in COVID cases. To wit, total airline spending contracted by 23% on a 2-yr basis for the 7-days ending Jan 1, the lowest reading since Oct 5 ‘21. BofA also saw a big pick up in refunds from US carriers during the last week of Dec, which likely reflects significant flight cancellations due to COVID-related staff shortages and severe weather.

Broken down by major category on a sequential basis, we find the biggest increase in gas and lodging spending, offset by a sharp drop in spending on furniture, clothing and airlines. On a 2-year basis, big increases were observed in furniture spending (which however has tempered in recent months), gas and general merchandise, while declines in airlines and department store spending persist.

A regional snapshot shows a relatively uniform distribution of spending across the US. 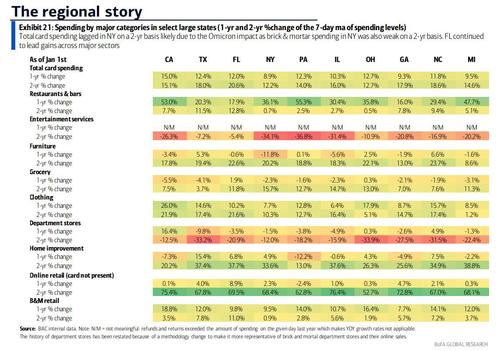 Total spending broken down by major MSA also shows generally consistent patterns with the exception of Seattle where spending appears to have hit a brick wall into the new year. 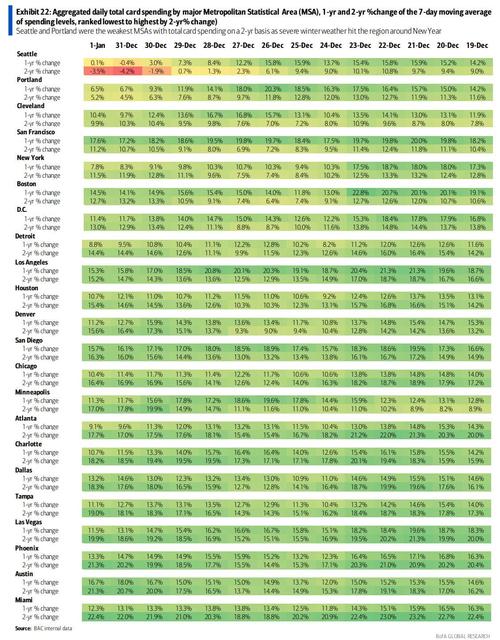 Interestingly, international spending seems to be less impacted as the share of brick and mortar retail spending done abroad surged to 1.3% during the last week of Dec, just shy of the 1.5% in 2019. 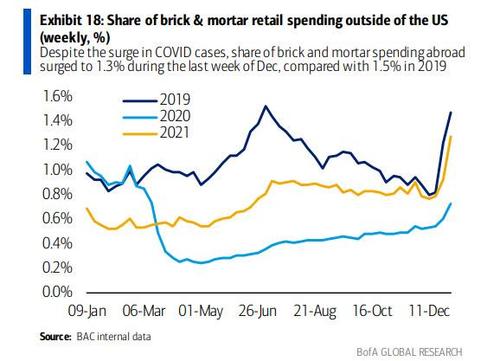 Lastly, the BAC Holiday Sales Measure showed that holiday sales grew 11.7% yoy for the month of Nov and Dec combined, a far more muted pace of spending compared to mid and late-November 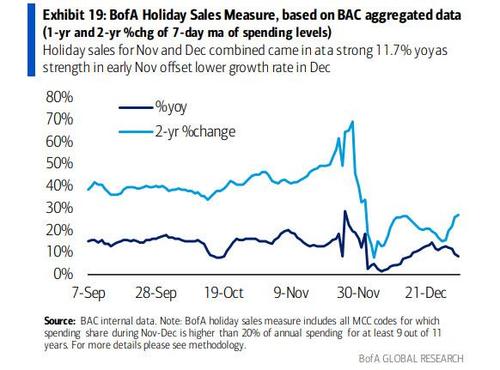 In other words, while December spending will likely see a sequential slowdown largely due to Omicron, outsized seasonal adjustment factors may mitigate the decline. The bigger question is when will we start seeing a secular decline in spending, especially among the lower-income group. And indeed, this may already be the case: as the next chart shows, spending by the low income group (<$50K) is now the lowest its has been on a 14 dma basis since the simmy checks were distributed in early 2021. 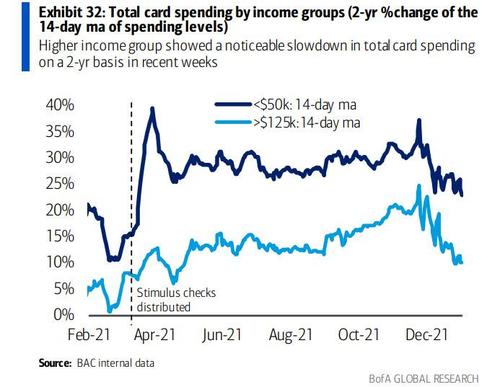 And, as we observed last week, while spending on debit is declining at a modest pace, spending funded with credit cards has collapsed, perhaps as a result of the record surge in credit card usage in November… 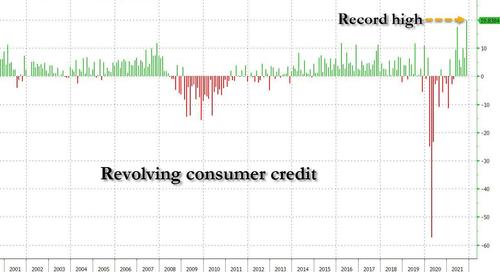 … which means that US consumers now have far less dry powder to fund future spending. 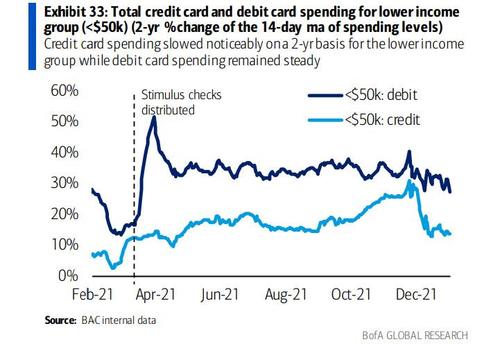