KATHY Hilton has seemingly shaded an A-list actress as she accepted an award at the People’s Choice Awards.

Fans are slamming the Real Housewives of Beverly Hills star on social media after the awkward on-air moment.

During the awards show, Kathy, 63, was tasked with introducing Law & Order: Special Victims Unit star Mariska Hargitay as the winner for Best Drama TV Star before handing the award over.

Mariska, 58, arrived on stage and began delivering a heartfelt speech, with all eyes on her.

All eyes, that is, except for Kathy’s, as the Bravo star was spotted digging in her Valentino purse for some lip gloss to reapply.

She did so as the beloved Law & Order star was going on about the importance of kindness, and fans took note. 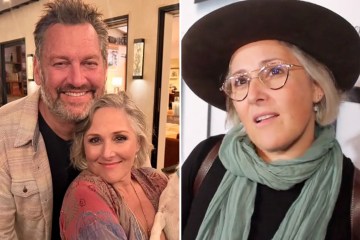 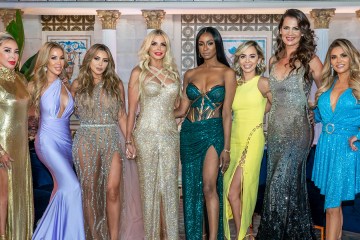 Twitter was flooded with fan reactions, with many split between slamming the star and others amused by her antics.

One wrote: “Not Kathy Hilton standing directly behind awkwardly and putting on lipstick. you can’t make this stuff up.”

Someone else wrote: “There could be 100 people in the room and Kathy Hilton will stay acting like she’s the only one there.”

Another person tweeted: “Kathy Hilton reapplying lipstick while on stage during #mariskahargitay heartfelt thank you speech is the epitome of rude and shows she is so full of herself.”

Another commenter tweeted simply: “So damn disrespectful. I see ppl commenting on the type of award but does that matter?! Isn’t it about morals? It’s not even about the lipstick. Kathy appeared to be dismissive of and disparaged by Mariska‘s acceptance speech.”

Someone else added: “AS FAR AS KATHY HILTON GOES MONEY DO GIVE YOU CLASS. I LOVE MARISKA BEEN WATCHING HER SHOW SINCE IT STARTED.”

Another Twitter user wrote: “Now yall can laugh about real housewives but when she starts messing with Olivia Benson, its war!!”

That wasn’t the only time Kathy was in the spotlight during the People’s Choice Awards.

The show was nominated for Best Reality Show of 2022 alongside Below Deck Sailing Yacht, The Real Housewives of Atlanta, Love & Hip Hop: Atlanta, and other shows.

In the end, The Kardashians won and Kris Jenner and Khloe Kardashian took the stage to accept their award following their own awkward blunder.

Despite the drama that unfolded in the most recent season of the show, Kathy appeared alongside her castmates – including her rival Lisa Rinna.