After all, affluent yacht owners are starting to complain about the high prices! That was the topic of a new New York Post piece out this week where the paper spoke to yacht owners who have grown frustrated with the price of fuel.

One owner, who docks in the Hamptons, told the Post: “It used to be $2,500 to take my boat out for lunch but this year it’s going to be $5,000.” Large boats that are about 70 feet burn about 130 gallons per hour just to keep their engines running.

Another yacht owner, who recently took a trip from an “exclusive marina” in Miami back up to Montauk, complained: “It cost 72% more to have the boat brought up to New York this year from Florida.”

Diesel is up more than $1.77 per gallon over last year’s price, the report notes. Premiums for the fuel are even higher in the Central Atlantic, where costs have gone up more than $2 to $5.52 per gallon. 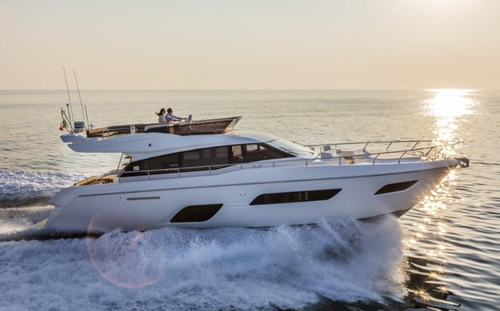 Owners at places like the Hamptons have complained about the additional premium they have to pay at local docks. In the Hamptons, for instance, there is only a handful of places to refuel, putting boat owners “at the mercy of the marina”.

Another owner told The New York Post they believe that the docks were adding another “dollar or two” per gallon in premiums. But the reality is that the wealthy haven’t quite seen enough to call off their summer soirees.

“Everyone whines but all the docks are still at capacity,” an owner said.

A dock owner chimed in: “Rich people can be very cheap with certain things. Spending a thousand dollars on a lunch is no problem, but paying an extra couple hundred dollars on fuel will annoy them.”

“There are guys worth hundreds of millions that cut out coupons and give them to the crew for buying groceries. It sucks, but if you’re complaining about filling up a car, that’s a necessity. Boats are a luxury so it’s a little tone-deaf,” they concluded.