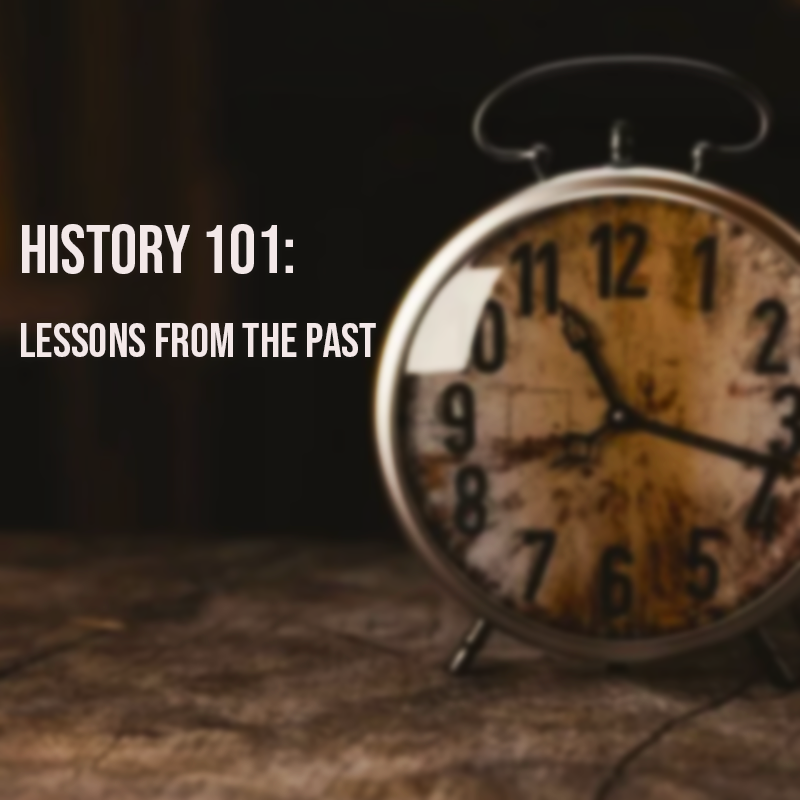 The following article, Romantic Revolutionaries: The Myth that Order Arises Out of Chaos, was first published on The American Vision.

The religion of something from nothing, order out of chaos origins is a popular creation myth developed out of thin air by materialist philosophers who can’t account for the matter they say gave rise to you and me. What we are seeing in cities that espouse the fundamentals of something from nothing scientism is a direct result of the rise of romantic revolutionaries who believe that chaos will beget order.

We should not be surprised … that Marxists and other worshipers of chaos are committed to revolution even when the peaceful take-over of a country is possible. Revolution must be created by mass liquidations and the destruction of all established law and order, including economic order. The “economics” of socialism (and welfare states) do not make sense because they are not intended to make sense: they are a defiance of the universe of God in the name of chaos. They invoke chaos as the highway to the golden age.

If they fail, the guilt is not theirs. They blame the failure on residual areas and pockets of religion, law, and order, or property and national loyalty. Their solution therefore is to increase the chaos. Since their universe is a universe of chaos: their golden age can only come through planned chaos. Hence, they deny the validity of the biblical God; they cannot accept a world of moral and economic law. Their golden age requires the triumph of man over religion, over morality, and over economics. The liberation of man requires the systematic violation and destruction of every law sphere. [1]

The assumption among the revolutionaries is that things will get better if America falls apart. When this happens, so the argument goes, the people will rise and throw off their oppressors, as they did during the French, Russian, and Cuban revolutions. The French Revolution, celebrated in France and often compared to our War for Independence, is a perfect example of how not to build a civilization with a lasting moral foundation. The American Revolution was not a revolution but a war for independence. There was no uprising of the people but a joining of 13 individual colonial governments with their constitutions to defend their sovereignty and their Christian moral base.

The murdering mobs that attacked the nearly empty Bastille (at the time of the siege there were only seven non-political prisoners) believed their actions were for a better France, similar to what today’s political revolutionaries have in mind. The storming of the Bastille was a catalyst for what became known as the Reign of Terror. “French society underwent an epic transformation as feudal, aristocratic and religious privileges evaporated under a sustained assault from left-wing political groups and the masses on the streets.” [2] How bad was it?

Internally, popular sentiments by some of the nation’s most perverse  social theorists radicalized the revolutionary fervor, culminating in the rise of Maximilien Robespierre and the Jacobins and the virtual dictatorship by the Committee of Public Safety during the Reign of Terror from 1793 until 1794 when between 16,000 and 40,000 people were killed.

History 101 is an overview course designed to help Christians understand their place in the historical timeline. With study materials in audio, video, and print, History 101 will give the student of history much to think about. This course will point the way forward by revealing how we got where we are.

Did you get that? Between 16,000 and 40,000 French citizens were killed for a better France. Consider the following:

Ordered by the king [Louis XVI] to surrender, more than 600 Swiss guards were savagely murdered. The mobs ripped them to shreds and mutilated their corpses. “Women, lost to all sense of shame,” said one surviving witness, “were committing the most indecent mutilations on the dead bodies from which they tore pieces of flesh and carried them off in triumph.” Children played kickball with the guards’ heads. Every living thing in the Tuileries [royal palace in Paris] was butchered or thrown from the windows by the hooligans. Women were raped before being hacked to death.

The Jacobin club ​…​ demanded that the piles of rotting, defiled corpses surrounding the Tuileries be left to putrefy in the street for days afterward as a warning to the people of the power of the extreme left.

This bestial attack, it was later decreed, would be celebrated every year as “the festival of the unity and indivisibility of the republic.” It would be as if families across America delighted in the annual TV special “A Manson Family Christmas.” [3]

In time, the supposed just cause of the revolutionary mobs got out of hand, and people began to notice where the revolution was taking them. What began as a way to eradicate corruption among the ruling classes of civil governing officials and religious hierarchy spilled over to the general population.

During the Reign of Terror, extreme efforts of de-Christianization ensued, including the imprisonment and massacre of priests and destruction of churches and religious images throughout France. An effort was made to replace the Catholic Church altogether, with civic festivals replacing religious ones. The establishment of the Cult of Reason was the final step of radical de-Christianization. [4]

It was at this point that the people became disillusioned with the revolutionary ways of the radicals, but not before more atrocities were committed for the supposed salvation of the people and the nation. As revolutionary leader Jean-Paul Marat wrote in a newspaper in 1792, “Let the blood of the traitors flow! That is the only way to save the country.” And it did as Marat’s followers attacked and butchered hundreds of enemies of the revolution. Two bonfires were constructed to cremate the mutilated corpses. “The gutters ran red with blood.”

One of the first things that these revolutions do is attack the prevailing religion. We’re seeing this happen in the United States. There’s been a steady history of removing anything related to God and the Bible from our culture. The Bible was relegated to the Church on Sunday, but even that’s under attack. Some want the Bible banned for what it says about same-sex sexuality. There is no way to appease the anarchists. They want it all.

Continue reading Romantic Revolutionaries: The Myth that Order Arises Out of Chaos …