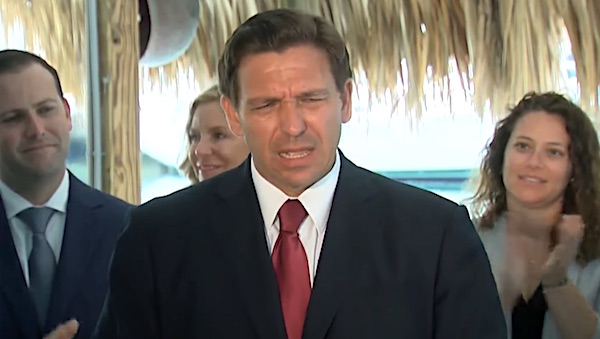 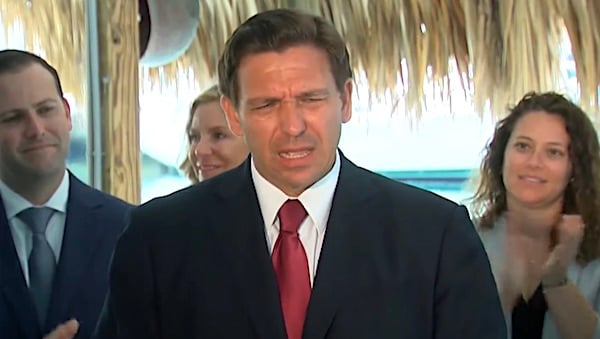 He also signed an executive order immediately lifting the local emergency orders to bridge the gap between now and when the bill takes effect on July 1.

DeSantis said the move is “the evidence-based thing to do.”

The governor pointed out that the suspension affects only government-mandated orders. It won’t affect how businesses such as supermarkets or Disney theme parks enforce coronavirus restrictions.

He explained that the bill “ensures that neither the state or local governments can close businesses or keep kids out of in-personal instruction unless they satisfy a demanding and continuous justification.”

“You have a right to participate in society, go to a restaurant, movie, a ballgame, all these things without having to divulge this type of information,” DeSantis said.

Last week, amid criticism from Democrats and media for opening his state, DeSantis received praise from one of the prominent epidemiologists who have advised him.

Stanford medical professor Jayanta Bhattacharya said he was surprised by the governor’s knowledge, calling him “extraordinary” and unlike any other politician.

“I mean, most epidemiologists don’t know the literature as well as he does. I mean, I don’t have the words. … I’m still stunned by it. I didn’t know anything about him, actually, before September, really. I’ve just been very impressed,” Bhattacharya said.

He said DeSantis had read all of the papers he referenced and many more.

“He knew all of the details; it was a remarkable conversation,” Bhattacharya said. “And then, we had this, like, roundtable on Sept. 25, with Martin and Mike Leavitt, and with DeSantis leading it, and the next day, he lifted most of the restrictions all across Florida.”

‘Spiking the ball on the 10-yard line’

The signing of the bill and the executive order Monday drew criticism from some Florida mayors who thought the moves were premature, reported WPLG-TV in Miami.

Coral Gables Mayor Vince Lago said he will “continue to encourage our residents and visitors to wear masks and follow social distancing and CDC guidelines.”

“Today, in preempting both local governments AND businesses from keeping their establishments safe, Ron DeSantis decided he cares not about public health, but power,” Kriseman said.

The Biden administration has insisted it will not issue a government vaccine passport. However, it has been cooperating with corporations that have indicated they plan to require them, working on a way to standardize a vaccine ID process, the Washington Post reported in April.

The paper said the administration and private companies, “from cruise lines to sports teams,” could require the passports, which could amount to an app on a smartphone with a scannable code similar to an airline boarding pass.

On Friday, Biden told NBC News’ Craig Melvin he has not ruled out requiring that all military personnel receive the vaccine.