On Monday Russian Defense Minister Sergei Shoigu announced decisions reached in a meeting with top military officials which mark a continued significant escalation with NATO. The Associated Press described of his statements, “He pointed to a growing number of flights by U.S. strategic bombers near Russia’s borders, deployments of NATO warships and increasingly frequent and massive drills by alliance forces.”

“The US and NATO continue to expand the scope of operational and combat training near our borders,” the Russian defense minister explained. “The actions of our Western counterparts are destroying the security system in the world and forcing us to take adequate countermeasures. We are constantly improving the combat composition of the troops.” 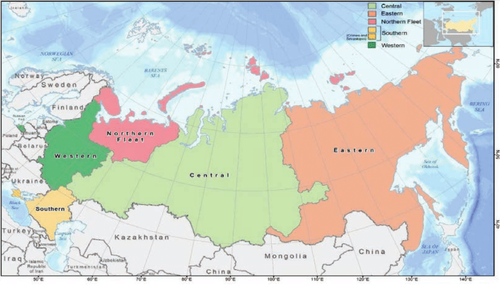 This will no doubt be taken as a deeply threatening move in the West, given it’s precisely the expanded Russian military war drills and additional troop build-up along Ukraine’s border which sparked the latest crisis and sanctions tit-for-tat of late March and which reached its height in April. But it bears reminding that the Russian military is merely talking about troop positions within its own sovereign borders – though apparently this remains hugely “threatening” for the West.

Presumably the 20 new military units for the purpose of ‘countering NATO’ will be able to react even more swiftly to any escalating crisis in Crimea or Donbas. AP notes of Defense Minister Shoigu’s statements: “He added the military units in Western Russia have commissioned about 2,000 new pieces of weaponry this year.”

Interestingly Belarus and its longtime ruling strongman Alexander Lukashenko are also increasingly front and center in terms of the Russia-NATO standoff and Eastern European and Baltic fault line, particularly after the recent Ryanair plane diversion and detention of anti-Lukashekno activist Roman Protasevich.

Shoigu also announced planned-for major joint Russia-Belarusian military exercises to take place in upcoming months. “Preparations for Zapad-2021 joint strategic Russian-Belarusian exercise, which will take place in September at the training grounds of Belarus and the Western Military District, have entered an active phase.  A number of command post exercises have already been carried out with the involvement of headquarters of various levels,” he said.

However, Shoigu noted its “exclusively defense character” – no doubt wary of growing accusations from the US and its allies of the Kremlin’s supposed ‘expansionist’ ambitions.

“I want to emphasize that the Zapad-2021 exercise is planned.  It is carried out by decision of the presidents of Russia and Belarus and is exclusively defensive in nature,” he said. “Within the time frame established by international treaties, our partners will be informed about the parameters of the exercise, and the event itself will be able to be visited by international observers and journalists.”