By Tsvetana Paraskova of Oilprice.com

Russia is earning more than $100 million every day from the gas it sells to Europe despite the slashed deliveries to major EU consumers in the past week, according to data from Independent Commodity Intelligence Services (ICIS) cited by Bloomberg. 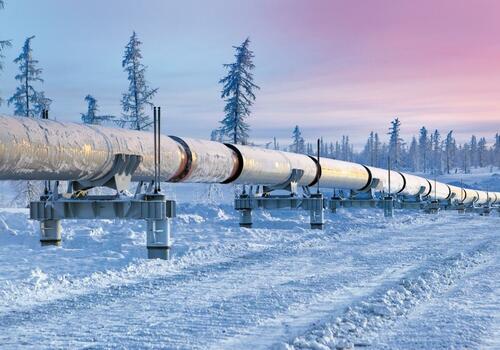 Due to the rallying natural gas prices, Russian revenues from gas exports are believed to be equal to the revenue last year, when Moscow wasn’t limiting gas flows to Europe and wasn’t (yet) on a collision course with the EU.

“It’s shocking to see that, despite the 75% cut in daily supply by Gazprom to Europe, the daily receipts are still in line with where they were a year ago, and certainly higher than pre-Covid times,” Tom Marzec-Manser, head of gas analytics at ICIS, told Bloomberg.

Over the past week, Russia has significantly lowered supply to major European consumers, including the biggest customers, Germany and Italy, despite the fact that their buyers bowed to Putin’s demand to open accounts in rubles at Gazprombank for processing of the payments the way Russia wanted to. Moreover, the annual maintenance at Nord Stream is coming and will completely halt deliveries through the pipeline for two weeks in July, leaving Europe further scrambling to fill gas storage sites to adequate levels before the winter.

Despite the EU embargo on Russian seaborne oil, to take effect by the end of the year, and the drastically reduced pipeline gas supply, Russia continues to benefit from the high oil and gas prices. Despite Western sanctions designed to hurt Russia’s oil revenues and war chest, Moscow is still getting a lot of additional billions of U.S. dollars in oil and gas revenues.

In June alone, Russia expects to receive as much as $6.37 billion in additional oil and gas revenues in June, its finance ministry said earlier this month, as energy commodity prices have rallied since the Russian invasion of Ukraine.