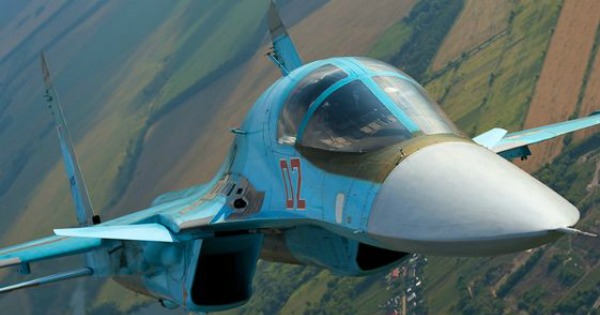 U.S. and Russian military aircraft flew dangerously close to each other during three separate encounters between Feb. 11-12, including an incident where they came within five feet of one another, according to Pentagon officials.

The flights occurred over the Mediterranean Sea in international airspace Friday and Saturday, and involved Russian Su-35 jet fighters crossing into the flight paths of U.S. Navy P-8A surveillance aircraft, the Wall Street Journal reported. Pentagon officials said the U.S. had relayed its concerns about the incidents to Russian officials.

“While no one was hurt, interactions such as these could result in miscalculations and mistakes that lead to more dangerous outcomes,” Kafka said. “The US will continue to operate safely, professionally and consistent with international law in international waters and airspace. We expect Russia to do the same.”

Russia’s Defense Ministry said it had detected a U.S. submarine in Russian waters and used “appropriate means” to drive it off, but did not elaborate on what methods they used, the WSJ reported. A spokesman for the Navy’s Indo-Pacific Command denied there was a U.S. sub operating in Russian waters.

Tensions between the U.S. and Russia are high due because the latter has amassed tens of thousands of troops at the Ukrainian border. The Kremlin has denied it plans to invade Ukraine but demanded NATO rescind its promise to let its neighbor join the organization.

Diplomatic talks have thus far failed to de-escalate the situation. Russian President Vladimir Putin said on Tuesday that some troops would return to base after their military drills ended, but U.S. Secretary of State Antony Blinken told ABC on Wednesday that the U.S. has yet to see any evidence Russia followed through.

“We continue to see forces, especially forces that would be in the vanguard of any renewed aggression against Ukraine, continuing to be at the border, to mass at the border,” Blinken said.