Russian nationals living in Estonia will have their firearms forcibly confiscated by the police if they refuse to hand them over voluntarily under a new law. 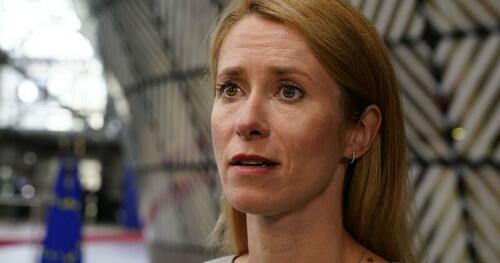 The gun confiscation measure will also apply to Belarusians living in the eastern European country.

The government has finalized the details of the bill and it will be put before the legislature, after which it is expected to be voted into law.

Asked if she expected gun owners to comply, Estonian Prime Minister Kaja Kallas said it was “difficult for her to judge.”

“In any case, we will send this draft law to the Riigikogu during the current government’s term. This has already been agreed upon, and a deadline has been set. We will definitely give time for people to voluntarily hand over their weapons, and after this deadline expires it will be the police’s turn,” she added.

Kallas asserted that due to the “current circumstances,” Russians and Belarussians “with weapons in their hands are a threat to the security of Estonia.”

Russian nationals living in Estonia already face the prospect of having their property confiscated by the state.

In total, only 629 registered gun owners will have to turn over their firearms.

Is Estonia’s security so weak, they are threatened by an army of mere hundreds? The vast majority of whom are probably not really that interested in waging a violent domestic insurrection against the state?

History shows that it doesn’t normally end too well for minority groups who relinquish their right to self-defense in response to government mandates.

In the age of mass Silicon Valley censorship It is crucial that we stay in touch. I need you to sign up for my free newsletter here. Support my sponsor – Turbo Force – a supercharged boost of clean energy without the comedown. Get early access, exclusive content and behind the scenes stuff by following me on Locals.