Weeks ahead of President Biden’s much anticipated and controversial trip to Saudi Arabia, where he’ll meet with crown prince Mohammed bin Salman, the kingdom is cracking down on any items, including toys, with a rainbow on them.

The commerce ministry put clothing and toy stores on notice over “rainbow colors” in the capital of Riyadh – saying such items will now be banned as they “contradict the Islamic faith and public morals and promote homosexual colors targeting the younger generation.” 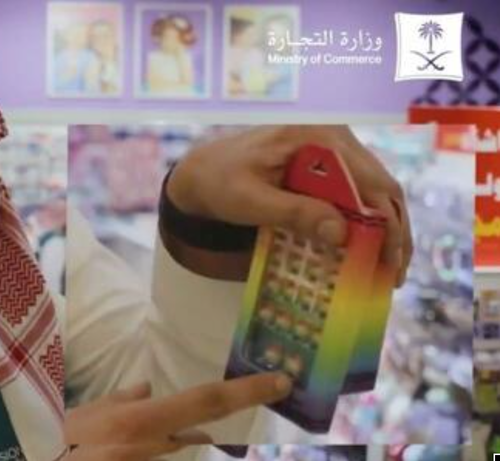 The commerce ministry is currently reviewing and putting together a list of banned items.

An official statement said, “We are giving a tour of the items that contradict the Islamic faith and public morals and promote homosexual colors targeting the younger generation.”

“Targeted items include rainbow-colored bows, skirts, hats and pencil cases, most of them apparently manufactured for young children, according to a report by the state-run Al-Ekhbariya news channel,” the AFP reported days ago.

Given that children’s toys often have rainbow colors even before the era of ‘Gay Pride flags’, and given the symbol began to be widespread in Western societies and media over the past half-decade, it’s unclear if the more innocuous ‘non-signaling’ toys will made it past the Saudi censors.

The timing is also interesting given the rainbow pride flag has been a prominent thing for a long time. The Saudis could have enacted this measure years ago, but chose to put the crackdown in headlines

The White House in a Tuesday announcement set the date for Biden’s controversial trip to Riyadh. The itinerary for the July 13-16 official trip includes an initial stop in Israel and the West Bank, before the final leg in Jeddah, Saudi Arabia for a summit of Gulf Cooperation Council (GCC) leaders.

That’s when he’ll have a face-to-face with ‘killer’ ‘reformed’ de facto ruler MbS, but a big question remains whether a behind the scenes deal has already been struck, with the mid-July visit to be merely ceremonial.

Did #Biden already secretly agree to some concessions just to get a meeting with #MBS?https://t.co/vZnZnfPtOZ

Are the Saudis engaged in a bit of trolling ahead of the Biden visit, knowing he <a href="

Did #Biden already secretly agree to some concessions just to get a meeting with #MBS?https://t.co/vZnZnfPtOZ

“>desperately needs something from them?