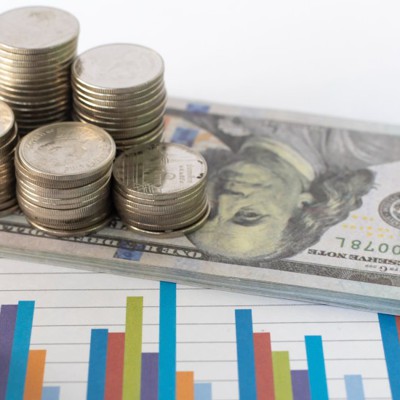 The Small Business Innovation Research—or SBIR—program is set to expire at the end of this month, unless Congress reauthorizes it. The delay in the reauthorization is rooted in concerns that the program is a waste of taxpayer dollars. We disagree. The program as it was intended is critical to advancing innovation and improving digital services for the benefit of Americans who access them, and therefore, should continue.

If Congress can authorize a short-term extension while debating its future, we believe that there is an opportunity to reimagine the program to have a greater impact in driving technology commercialization across a wide range of federal agencies.

But, first, it is important to understand the goal of the SBIR program—let’s call it venture capitalism for social entrepreneurship. Through SBIR, the government provides funds for public goods and services that the private marketplace is not adequately addressing. The risk posture of a private-sector venture capital investor is not high enough to address some common-good problems that the government can address. So, when the government acts as a venture capitalist, we can open the door to an impressive explosion of innovations that otherwise wouldn’t occur.

Currently, SBIRs are being used similar to university grants, which results in the same situation universities have: not enough tech transfer and commercialization. They research and conceptualize great ideas, but without an entrepreneurial mindset, the innovation never materializes. The SBIR program is intended to foster the development and implementation of innovation by bringing together universities and non-profits with the tech industry. However, the program is facilitated with a university mindset, which turns off the private sector.

The SBIR program needs to operate more like a start-up with the focus on the customer. It’s too heavily directed at research and not enough on product thinking. If SBIR was run like early-stage angel investments, and not university grants, there would be greater participation from small tech companies.

Grants should be awarded to those who have customers involved in the research—no venture capital firm is going to provide investment to a start-up without customers.

Because SBIR favors universities and non-profits as the leads on projects, the smaller tech companies that actually participate more often than not are those who already have relationships with those institutions, which leads to inequitable distribution of SBIR funds. Traditional research universities are dominantly white institutions, and like most of us, they work with who they know, excluding many minority-owned startups.

SBIR is an excellent, innovative program that is driving tech commercialization and delivering public goods and services that the private marketplace is not adequately addressing. However, in order for it to be truly effective in investing in tech startups—in an equitable and inclusive way—the program needs to be reimagined.

John Foster is COO of Fearless, a full stack digital services firm. He is a member of the Board of Trustees for the National Small Business Association.

Greg Godbout is the chief growth officer for Fearless. Prior to joining Fearless, Greg served as the chief technology officer and U.S. Digital Services lead at the EPA, and as executive director and co-founder of 18F.

50 mins ago
‘Many Turn To Christ At Queen’s Funeral’

50 mins ago
‘Many Turn To Christ At Queen’s Funeral’