Schiff: What Does The Fed Know About The Future?

Central bankers at the Federal Reserve are talking a lot about what’s going to happen in the future. But what do they really know about what lies ahead? 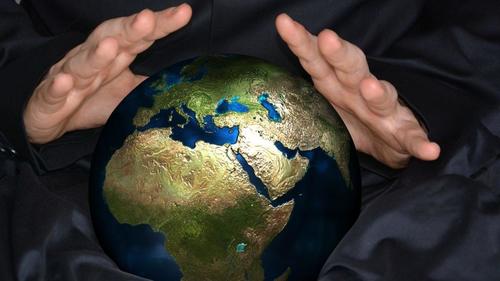 The fact is, they don’t know a whole lot. But we do know one thing for sure – the debt in the US isn’t going away. It’s only going to increase.

Peter Schiff talked about it in his podcast.

After the big selloff Friday, everything reversed on Monday. Investors sold Treasuries. Gold reclaimed some of its losses. They bought commodities and cyclical stocks. What actually changed between Monday and Friday?

Maybe what happened is people had the weekend to think about how ridiculous it was to sell based on what Bullard said. Because he really didn’t say anything. The Fed did not change policy.”

Bullard didn’t announce a rate hike. He didn’t even say the FOMC was talking about raising rates.

If you go back to 2019 and look at where the Fed projected interest rates would be today, they weren’t anywhere close to correct. Nobody in 2019 thought rates would be at zero in 2021. Of course, nobody expected COVID-19.

Nobody expects a lot of things that happen. What we know is a lot of things are going to happen that you don’t expect. That’s why you’ve got to expect the unexpected. … So, what difference does it make what the Fed FOMC governors are saying today about a future that is completely uncertain, and they have such a bad track record of forecasting it? All we can do is look at what’s happening in the here and now. And in the here and now, they’re expanding their asset purchase program. Interest rates are locked at zero.”

Here’s one thing we know for sure: the US economy two or three years from now will have a lot more debt than it does today.

Debt is one of the primary reasons the Fed isn’t raising rates or tapering quantitative easing now despite increasing price pressures.

The Fed is worried about pricking the debt bubble. The Fed is worried about how the economy will handle an increase in interest rates given the degree of leverage that already exists. Well, if the Fed is concerned about how much debt there is now and about the negative consequences of imposing a greater burden on those who need to service that debt by raising interest rates, what about two or three years from now? Because then there is going to be a lot more debt. The economy is going to be even more levered up. That is the irony of the whole situation. The longer the Fed keeps interest rates low because they’re so worried about all the debt, the more additional debt we take on because the low interest rates simply encourage the indebted to go deeper into debt. So, if the Fed can’t raise interest rates now because of all the debt we have today, how are they going to raise interest rates tomorrow when we have even more debt? The answer is – they’re not. So, they can talk all they want. They can think all they want. They can pretend all they want. But can they actually do anything? No! And maybe that’s what the markets are starting to comprehend.”

The fact that the Fed isn’t raising rates right now given everything that we’re seeing tells you everything you need to know.

It doesn’t matter what the Fed is saying. What matters is what they’re doing. And what they’re doing right now is nothing. They’re ignoring all of these signs of inflation. They’ve got the pedal to the metal when it comes to monetary policy. They’re talking about tapping on the brakes, but they’re not giving any sign that they’re actually going to brake.”