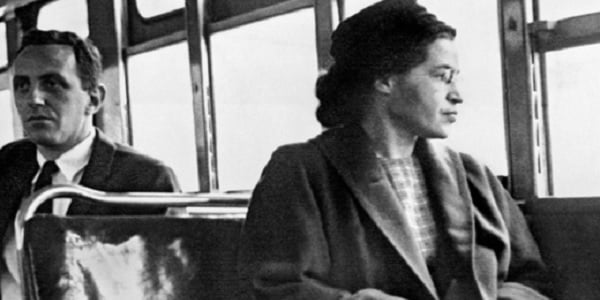 A special education assistant at an elementary school in Oregon showed up to work in blackface and allegedly called herself Rosa Parks to protest a vaccine mandate for district employees, local outlet the Newberg Graphic reported.

Lauren Pefferle allegedly put iodine on her face to darken her skin as a form of protest against Mabel Rush Elementary School’s vaccine requirements on Friday, a fellow staff member told the Graphic. Pefferle ― who is not named by the district itself ― was removed from the school grounds and placed on administrative leave, the Newberg School District said in a statement on Monday.

“Last Friday, one of our employees reported for work in Blackface,” the statement read. “The employee was removed from the location and (human resources) has placed the employee on administrative leave. The administration of Newberg Public Schools condemns all expressions of racism.”

“It is important to remember how Blackface has been used to misrepresent Black communities and do harm,” the district added. “We acknowledge the violence this represents and the trauma it evokes regardless of intention.”

BREAKING: A staff member at Mabel Rush elementary school in Newberg showed up to work in Blackface on Friday, allegedly saying she was dressed as Rosa Parks and protesting a vaccine mandate for teachers.

The incident is the latest in a slew of recent controversies for the school district, The Newberg Graphic reported.

A high school student in the district was allegedly linked to a racist “slave trade” Snapchat group, prompting a protest at a girls soccer match in solidarity with the district’s black students, the paper reported. The school board has also recently banned Black Lives Matter and other “political” imagery.

“I am horrified, angry and ashamed this has happened, as is nearly every other staff member,” Superintendent Joe Morelock said at a press conference addressing the blackface incident, The Newberg Graphic reported. “This goes against everything I and the vast majority of NSD staff have believed and it is unfathomably offensive.”