Scientists in Hungary examining a unique variant of COVID-19 have discovered genetic material that suggests the strain was being examined in a Chinese lab, bolstering the lab leak theory. 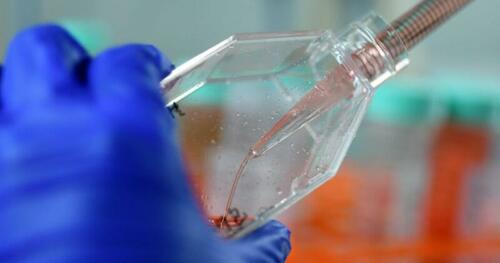 The researchers “found traces of a unique variant of coronavirus while examining DNA from soil from Antarctica that had been sent to the firm Sangon Biotech in Shanghai,” reports the Daily Mail.

Genetic material from Chinese hamsters and green monkeys was also discovered, “which may suggest the virus was being examined in a lab, using either the animals themselves or their cells,” according to the report.

Viscount Ridley said that such evidence bolsters the theory that the virus accidentally escaped or was leaked from the Wuhan lab deliberately.

The presence of “three key [COVID] mutations” is characteristic of the early sequences of the virus, according to Ridley.

The discovery contradicts claims that the virus jumped from animals to humans naturally.

For the best part of a year, the lab leak theory was dismissed by the legacy media and ‘fact checkers’ as a racist conspiracy theory.

It subsequently emerged that Dr. Peter Daszak, President of the EcoHealth Alliance, a group that has extensive ties to the Wuhan lab gain of function research, thanked Dr. Anthony Fauci for dismissing the lab leak theory early on in the pandemic.

He subsequently created a pressure campaign via a letter published by The Lancet to force the scientific community into avoiding looking into the lab as a potential source of the outbreak.

Daszak was also tasked by Facebook with ‘fact-checking’ (censoring) information related to the hypothesis, while Google, which via YouTube also censored information about the theory, also funded Daszak’s virus research.

Daszak was also the lead investigator for the World Health Organization investigation that determined within 3 hours of visiting the Wuhan lab in February 2021 that there was no leak purely based on the word of researchers there.

As we highlighted last year, one of the World Health Organization’s leading infectious diseases experts said that the first COVID ‘patient zero’ was “likely” a lab worker at the Wuhan Institute of Virology.