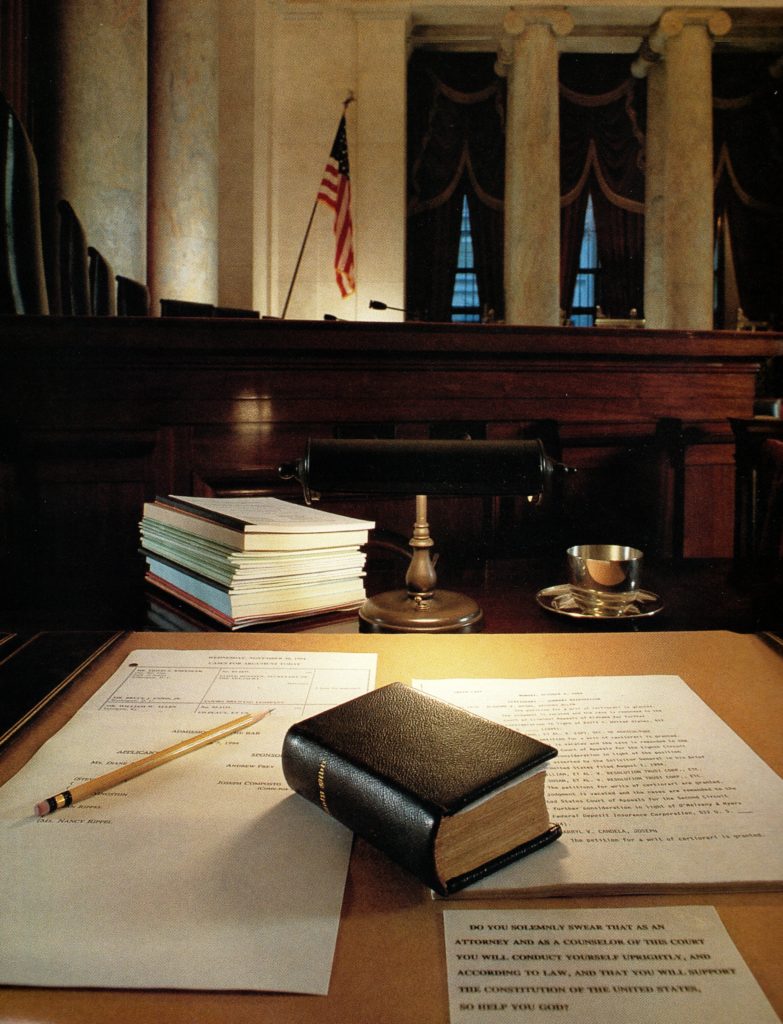 The following article, SCOTUS Must Prove There are More Than Two Genders for the Latest Ruling to be Law, was first published on The American Vision.

The latest Supreme Decision Bostock v. Clayton County (Georgia) on homosexual/transgender rights turned Title VII of the Civil Rights Act of 1964 on its head by declaring that same-sex sexual behaviors and transgender claims are comparable to a person’s race and that there are more than two sexes.

The Civil Rights Act was well intentioned but would later open a Pandora’s Box of unintended (and intended) legislation and litigation. The word “sex” was a late entry to the 1964 bill and had nothing to do with homosexuality or transgenderism or 70+ different fictional genders.

The absurd legal redefinition of the word “sex” to include LGBT behaviors by the US Supreme Court will soon be used to legally force that horrific agenda into every realm of society (including, of course, transgender athletics, and restrooms). (Mass Resistance)

We should not be surprised at any of this since there is no longer any ultimate standard of moral authority in the United States. Nothing is morally fixed. What a word meant in 1964 no longer has the same meaning today.

Dr. Jennifer Roback Morse, Ph.D., president of the pro-family Ruth Institute has this to say about the consequences of the ruling:

The Supreme Court’s decision in Bostock v. Clayton County erases womanhood. It is the end of women in sports and women’s rights to privacy. Thanks to the Sexual Revolutionaries on the Court, our laws will refuse to distinguish men who say they are women from real women.

Supreme Court Justices take an oath on the Bible, but it doesn’t mean anything to most of them. They are taught from the first day they enter law school that the only law that exists is the law they make.

Before dealing with the faulty basis for redefining sex, we need a short analysis of what SCOTUS did. It became a legislative body. In his dissent, Judge Alito pointed out that “there have been efforts in Congress to amend Title VII to include homosexuality and transgenderism. But, so far, these efforts have failed.” This is as it should be because Congress, not the Supreme Court or the Executive Branch, are made up of legislators:

Last year, the House of Representatives passed a bill that would amend Title VII by defining sex discrimination to include both “sexual orientation” and “gender identity,” H. R. 5, 116th Cong., 1st Sess. (2019), but the bill has stalled in the Senate.

The Alphabet People did an end-run around Congress and went to SCOTUS where they knew they had at least four votes and most likely a fifth (Roberts). They got a bonus with Gorsuch. But even Kavanaugh’s dissent was tainted with this comment:

Notwithstanding my concern about the Court’s transgression of the Constitution’s separation of powers, it is appropriate to acknowledge the important victory achieved today by gay and lesbian Americans. Millions of gay and lesbian Americans have worked hard for many decades to achieve equal treatment in fact and in law. They have exhibited extraordinary vision, tenacity, and grit-battling often steep odds in the legislative and judicial arenas, not to mention in their daily lives. They have advanced powerful policy arguments and can take pride in today’s result.

There is no third sex category. Same-sex sexuality is in the same category as adultery and fornication. These are moral issues that any business should have a right to regulate. Some companies will not hire people who smoke. Most companies perform drug testing. We’re seeing today that differing political opinions can get a person fired.

It’s not what a person claims to be that’s important; it’s all about behavior. There are certain sexual behaviors that are immoral. A person’s race is in no way equivalent to what type of sex people engaged in. It’s an insult to racial progress in the United States.

It was the truth that had once made America great, but one which she had forgotten—that the Bible is not a collection of disconnected moralisms for private application, but rather a comprehensive guide for all of life, a blueprint for the private and public conduct of all individuals and nations.

On the so-called transgender question, you’re either male or female, and no amount of hormones and mutilations to a person’s body will change that reality.

Only DNA/biological women menstruate and reproduce. It takes a man and a woman to accomplish this. If that isn’t enough empirical evidence, then a person can’t be convinced by any rational, logical, legal, or scientific argument. What’s in a person’s head is not what’s in his or her DNA and between their legs no matter what a person claims to be.

In any other time, the following would be considered bizarre:

The stories about “mis-gendering” are getting more bizarre. “A transgender mother and son from Detroit are transitioning together to become father and daughter. Corey Maison, 15, who is a biological male who identifies as female, said he first identified as female four years ago but did not learn that his mother also struggled with gender identity…. Eric, who used to go by Erica, underwent a double mastectomy and said she plans to stay with her husband Les, who supports the transition.”

Are we to believe that six justices on the Supreme Court do not see the absurdity in all of this? Since when does “identifying” as something make it real? Science is only valid when it can be used to support a Leftist social cause.

Contrary to all science, Facebook has come up with dozens of gender options that have been created out of thin air. There is not a shred of science to support any of them. The oddest thing is that the smart folks at Facebook came up with the list. This should tell you something. Sometimes smart people are stupid.

It’s downright evil that the decision of six Supreme Court Justices who should know better have so much illegitimate power and authority to demand how 330 million should think and act.