Jackson, 26, hasn’t played since their Week 13 win over the Denver Broncos, after suffering a sprained PCL.

The former NFL MVP put out a statement earlier in the week explaining the severity of his injury.

This appeared to be in an effort to douse the flames of the rumor mills surrounding his injury and exactly why his recovery is taking so long when initial expectations were “a number of days or weeks” according to the Baltimore Banner.

However, Payton has taken issue with Jackson’s decision.

Speaking on FOX Sports, he admitted “I don’t like it.” 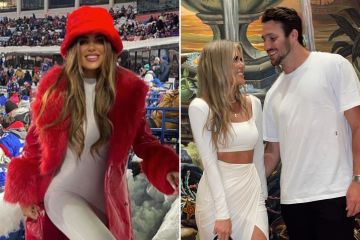 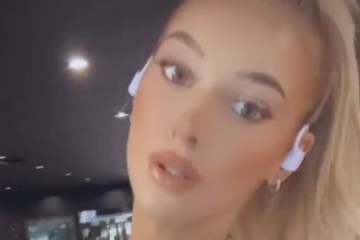 “They’re in a playoff game, and I get if he’s not playing, but this whole tweet out let me explain my whole medical status … and look, I’m hearing grumblings from a handful of folks there that there are teammates that feel like his process has been slower than expected. I just don’t like it.

“The teams more important right now than you. And we appreciate the information on your injury status, you’re not playing I get it.”

The Ravens are set to kick off their playoff campaign on Sunday, January 15 when they face the Cincinnati Bengals at Paycor Stadium.

Weighing in on the matter, former NFL quarterback Michael Vick had a stern message for Jackson, who he believes should be playing given the timing.

He said: “You three games away [from the Super Bowl]. Put a brace on it. Get it going … I played a whole season on a sprained MCL.”

Payton wasn’t quite on the same wavelength with this mindset, saying “I understand if he’s not ready, but with a lower-body injury he’s going to be up in the press box, he’s not going to be o the field for me.”

Jackson, meanwhile, may well have the fact that he is in a contract year and doesn’t want any further physical damage to affect any impending big-money deals in the back of his mind.

Whether this is the case or not, Payton made a bold claim, stating that “I don’t see this player back in Baltimore next year.”

Jackson is in the final year of his rookie contract and could hit free agency this offseason.

This comes after he and the Ravens failed to come to terms on a new long-term deal last year.

Should Jackson and the Raiders not find common ground on a new deal before next season, and if the team opts against franchise tagging him, it seems a safe bet to assume he’ll have no shortage of suitors in free agency.

An early season MVP favorite, Jackson was key to Baltimore’s successes yet again this season.

And with so many quarterback-needy teams around the league – look no further than the Houston Texans, Las Vegas Raiders, New Orleans Saints, Tennessee Titans, and more – the two-time Pro Bowler and former First-Team All-Pro wouldn’t have to wait long to find a new home.