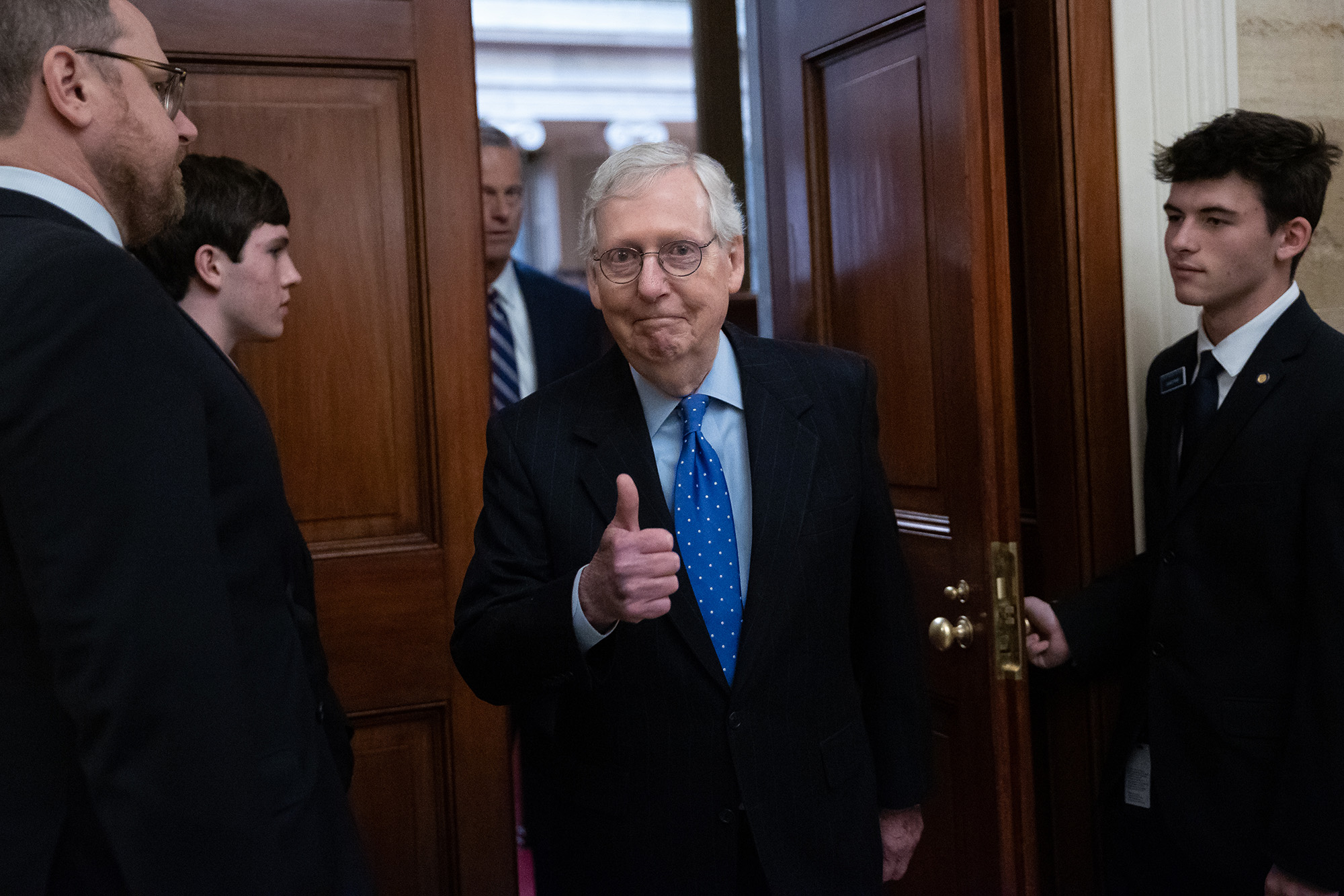 Some Senate Republicans had pushed for delaying the leadership elections, but that vote failed, 16-32, on Wednesday morning, paving the way for McConnell’s reelection. Still, it hasn’t been a pretty week: Senate Republicans spent three hours Tuesday venting about their whiffed midterm cycle, the lack of an agenda, Scott’s perceived mismanagement of the National Republican Senatorial Committee and McConnell’s stewardship of the caucus.

And Wednesday wasn’t much better. As senators called for an audit of the NRSC, Scott attacked the leadership of former campaign arm Chair Todd Young (R-Ind.) for giving “unauthorized and improper bonuses” to staff two years ago.

Republicans hope the quick closure of the leadership races will put the squabbling behind them ahead of the Georgia runoff, which will determine if the Senate remains evenly split next term or if Democrats will gain a seat.