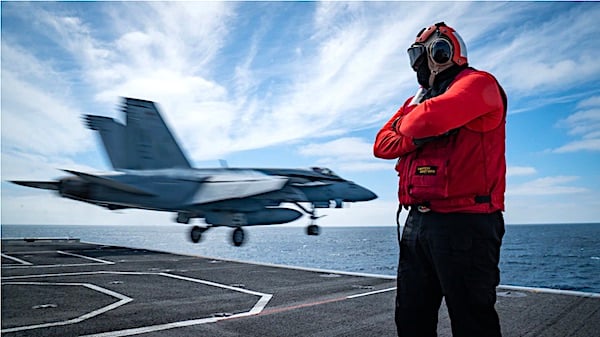 The U.S. and its allies are laying the groundwork for a potential conflict in the Pacific, a shift characterized by moves to strengthen their militaries and deepen cooperation, experts told the Daily Caller News Foundation.

Scholars and officials disagree as to whether China or North Korea will instigate the first major armed conflict in the Asia-Pacific region of the 21st century, but the consensus is that either one could spark a war, whether deliberately or accidentally, and soon. Recent U.S. moves to bolster troop presence in the region and reinforce collaboration with Japan, Australia and other partners are meant to prevent a bloody and potentially devastating fight, but deterrence will become increasingly difficult, experts told the DCNF.

“The challenges posed by China and North Korea have grown, and the United States and its allies are vulnerable and underprepared for some plausible conflict scenarios,” Patrick Cronin, Asia-Pacific security chair at the Hudson Institute, explained to the DCNF.

Russia’s invasion of Ukraine served as a wake-up call for U.S. allies in the region, including Japan and Taiwan, and provided a model for how to pre-position equipment, supply lines and bases of operation in preparation for a future conflict, Lt. Gen. James Bierman, the Marine Corps’ top commanding officer in Japan, recently told the Financial Times.

Is war coming to the Pacific Ocean anytime soon? 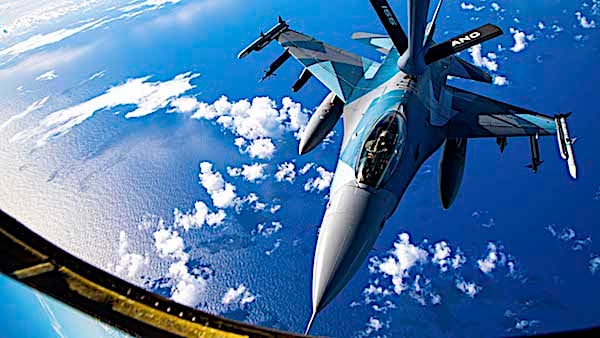 A visit of Japanese heads of defense and foreign affairs to Washington on Jan. 11 underscored a changing attitude in formerly pacifist Japan toward the growing threat North Korea and China pose to the region. Chinese ballistic missiles, fired as part of China’s largest-ever military exercises in the Taiwan Strait, splashed down in Japan’s so-called exclusive economic zone in August.

Secretary of State Lloyd Austin said he did not foresee an “imminent” invasion of Taiwan during remarks with Japanese heads of defense and foreign affairs on Wednesday. However, that does not preclude an eventual invasion, and the possibility exists that China’s bullying tactics could trigger an escalation, Gregory Poling, a senior fellow at the Center for Strategic and International Studies (CSIS), said at a panel Thursday.

“We’re not a four alarm fire yet on Taiwan. We’re at three and three quarters,” Charles Edel, CSIS Australia chair, said at the same event.

China ramped up the deployment of attack vessels and aircraft in the Taiwan Strait in 2022, sending huge sorties around the self-governing island meant to intimidate and coerce.

Beijing has not written off the possibility of using force to “reunify” with Taiwan, while Chinese newspapers tout Beijing’s military prowess and predict the People’s Liberation Army will extract a high cost for any U.S. intervention in Taiwan, according to a translation.

Meanwhile, North Korea fired a record number of missiles into the sea in 2022 and indicated it might test a nuclear weapon, although the test has not yet materialized. Multiple U.S. overtures to engage the isolated country in talks over its threatening nuclear program since the Biden administration took office have met with silence, according to Reuters. 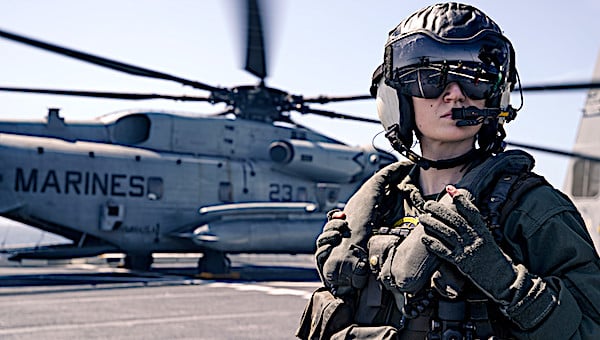 Instead, the U.S. and South Korea are discussing ways to cooperate on U.S. nuclear operations to bolster deterrence. North Korea may be more likely to mount a deliberate attack against South Korea in the short term than China is to invade Taiwan, Poling said.

Japan understands it is close to both North Korean and Chinese flashpoints and needs to step up its commitments to defense, Cronin told the DCNF.

Tokyo unveiled a plan in December to give its military the largest boost since World War II as defense leaders fear a rising, militant China as Japan’s most significant security threat. The strategy also called for enhanced defense cooperation with the U.S., which is treaty-bound to come to Japan’s defense if the island is attacked.

Weeks later, the U.S. and Japan agreed to restructure the U.S. Marine force stationed in Okinawa, Japan, and erect bases of operation on scattered islands closer to Taiwan and the Chinese mainland. The new strategy will replace some of the 18,000 Marines deployed to Okinawa with battalions focused on operating weapons that can reach the Chinese mainland and achieving heightened maneuverability if they are called upon to defend Taiwan from a Chinese invasion.

Over time, holding off an invasion will become increasingly difficult, experts said.

“My timeframe would show a challenge for maintaining deterrence rising over time, between now and mid-century,” Cronin told the DCNF.

“The Chinese have a lot of force they can bring to bear” against U.S. and Japanese forces, Lyle Goldstein, director of the Asia Engagement program at Defense Priorities, warned to the DCNF. “Not just aircraft and missiles, but they could literally invade these smaller islands.” 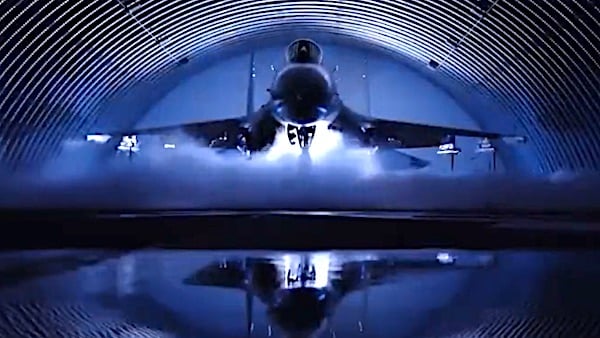 The U.S has built a web of relationships with countries in the region as the security situation grows increasingly tense.

In the Philippines, the U.S. will gain new military bases in 2023 as the two countries seek to boost security cooperation, Bloomberg reported. Austin announced in December the U.S. will boost the rotational presence of U.S. air, land and sea forces in Australia, including six nuclear-capable bombers, according to CNN.

Taiwan itself has made changes to increase its ability to fend off a Chinese invasion, such as extending the length of mandatory military service in December. However, analysts worry the island’s penchant for flashy, big-ticket defense items have created the wrong arsenal to match an invading force as U.S. arms transfers remain caught in a severe backlog.

The Department of Defense referred the DCNF to Austin’s joint statement on Thursday.