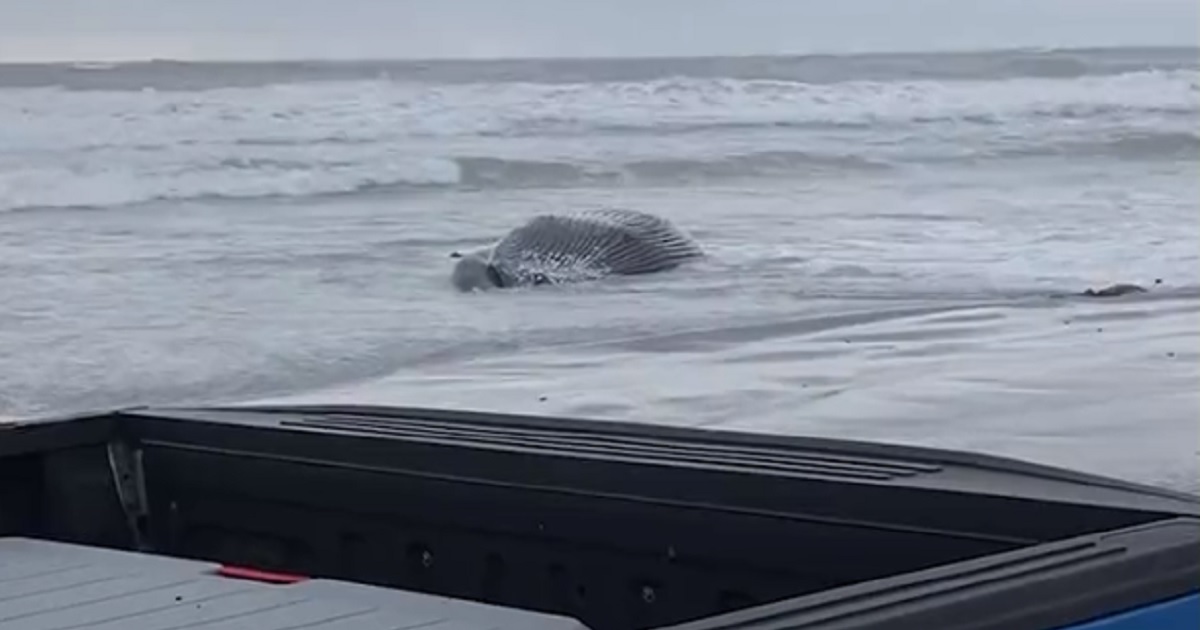 Despite calls for a halt to the development of offshore wind energy projects following a series of unexplained whale deaths, Democratic New Jersey Gov. Phil Murphy says the state will not interfere with the projects.

The death reported last week of the seventh whale in a little over a month alarmed Cindy Zipf, executive director of the group Clean Ocean Action, according to NJ.com.

“This is bad news on top of bad news,” she said.

⚠️ The seventh dead whale in less than two months has washed up on the New York-New Jersey coastline. The humpback whale was found on a beach in Brigantine, mere miles away from where another dead whale washed up six days ago. https://t.co/pUfPf1Awfg pic.twitter.com/yX0KnTtftv

“This is devastating and shows even more urgency to our call to action for [President Joe] Biden and Gov. Phil Murphy to call for a stop to all activity. Don’t add any more projects and get a comprehensive investigation underway with experts and full transparency with oversight,” she said.

The whale death reported Thursday follows the death of another whale the weekend before.

“Is it an omen? Is it an alarm?” Zipf said in comments made before the seventh whale was found, according to The Associated Press. “Never before have we had six whales wash up in 33 days.”

Some legislators agree, according to the AP.

Do offshore wind farms pose a danger to whales?

“We should suspend all work related to offshore wind development until we can determine the cause of death of these whales, some of which are endangered,” Republican state Sen. Vince Polistina said, adding, “it’s hard to believe that the death of [seven] whales on our beaches is just a coincidence.”

No offshore wind turbines have gone in off New Jersey’s coast yet, according to NJ.com. However, three projects have been approved and site preparation work, according to the AP.

Orsted, a Danish company contracted to build the projects, hasn’t detailed the kind of work it has done, according to the AP.

However, the AP reported, “the Clean Ocean Action environmental group said such site work typically involves exploring the ocean floor using focused pulses of low-frequency sound in the same frequency that whales hear and communicate, which could potentially harm or disorient the animals.”

Murphy said the new spate of dead whales arriving on New Jersey beaches is part of a pattern that predates wind energy development.

“They have said it’s been happening at an increased rate since 2016, and that was long before there was any offshore wind activity. It looks like some of these whales have been hit by vessels,” he said, according to the AP.

The National Oceanic and Atmospheric Administration has said that the deaths of 176 whales along the Atlantic Coast since 2016 is what it calls an “unusual mortality event.”

NOAA’s report estimates 40 percent of whales whose corpses were examined showed signs of being hit by ships or becoming entangled in fishing nets.

“Blaming offshore wind projects on whale mortality without evidence is not only irresponsible but overshadows the very real threats of climate change, plastic pollution, and unsustainable fishery management practices to these animals,” Anjuli Ramos-Busot the Sierra Club’s New Jersey director, said, according to the AP

“We need to base our decision-making on science and data, not emotions or assumptions,” Allison McLeod, policy director of the New Jersey League of Conservation Voters, said, according to the AP

“When staff arrived, they found the 20-25 foot long carcass upside down in the surf. Due to the incoming tide and low light last night, staff returned at daybreak this morning to take photos. After a conference call with NOAA Fisheries and Greater Atlantic Region Stranding Network members to work out logistics, plans are underway for a necropsy to be performed on the animal,” the center said.