During President Biden’s first year in office, cases of sexually transmitted diseases (STDs) in the U.S. increased at an alarming rate not seen in nearly seven decades.

Politico, quoting preliminary data from the Centers for Disease Control and Prevention, said Syphilis rates in 2021 jumped a shocking 26% — or 171,000 new infections — the most significant annual increase since former President Harry Truman was in the White House in 1953. 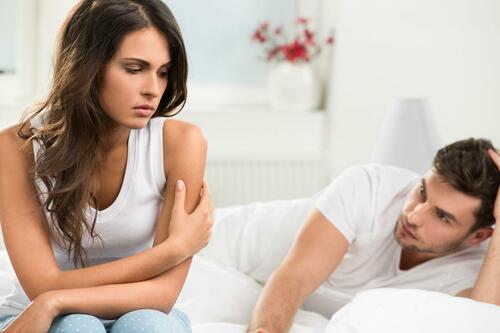 Health officials are voicing serious concern over the latest explosion in STDs. We’ve pointed out that the infections trend has been upward sloping over the last four years:

Numerous factors are being blamed for the increase, notably the virus pandemic, funding cuts for local health departments, opioid and methamphetamine crisis (where people share needles), and even perhaps decreases in condom usage among young people in a post-Covid era.

Instead, Covid’s disruption exacerbated problems brought about by years of budget cuts to STD programs and the pervasive stigmatization of poor people of color and LGBTQ communities where infection rates tend to be higher, according to health experts and government officials. –Politico

Politico pointed out that “preventing new HIV infections, which are tracked separately, slowed during the pandemic, and some parts of the country including San Francisco are even seeing HIV rates increase for the first time in nearly a decade.”

“Officials warn that without significantly more funding, the U.S. may not reach its goal of ending the spread of the virus by 2030,” Politico continued.

CDC warned STD infection trend shows “no signs of slowing” — and comes amid a brave new world where the Great Reset Initiative pushed by the World Economic Forum aims to rebuild economies with twenty-first-century socialism. This means most people ‘will own nothing and will be happy’.