Politicians have long viewed tragedies and crises as opportunities not to be “wasted.” Most recently, Samantha Power, Biden’s Administrator of the United States Agency for International Development, told ABC that they did not want to waste the war in Ukraine as a way of pushing green initiatives. She explained to George Stephanopoulos that you should “never let a crisis go to waste.”

Governor Kathy Hochul (D-NY), adopted the same approach to the massacre in Buffalo in renewing calls for censorship on the Internet. While many drew the connection between the shooting and the need for greater gun control measures, Hochul notably went further to demand the curtailment of free speech protections. Speaking later at a church, she pledged to “silence the voices of hatred and racism and white supremacy all over the Internet.” 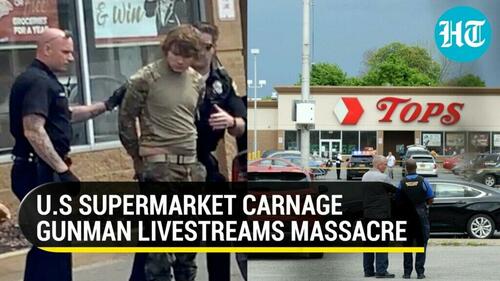 On CNN’s “State of the Union,” Hochul declared

“They need to be called out. And leaders elected officials from both parties need to stand up at this moment and call it out and to shame it and to make sure these people crawl back into their holes and stay there. This cannot be part of our mainstream dialogue here in the United States of America. Leaders have a responsibility to call it out…

we are dealing with it on the gun side but also on the social media side. And the combination of the wild access to guns, unfettered, we need national laws to deal with this as well as the unfettered sharing of hate information on the internet, that is a lethal combination. We saw that on display here just hours ago yesterday.”

The reference to “national laws” is the latest example that Democratic politicians are moving beyond their long push for corporate censorship and rediscovering good old-fashioned state censorship. Both Hillary Clinton and Barack Obama have recently called for legislation internationally and domestically to limit free speech.

As it became more likely that Elon Musk could buy Twitter, there was a notable shift in the comments of pro-censorship figures. Hillary Clinton went to Twitter to call on the European Union to quickly pass the Digital Services Act in Europe to force censorship “before it’s too late.” Since figures like Clinton cannot count on corporate surrogates to censor, they are returning to state censorship. If the DSA is passed, they hope to force Twitter to resume censoring material – a warning echoed by EU officials this week.

At the same time, the United Kingdom is pushing its own Online Safety Act and recently Musk was summoned to Parliament to answer for his alarming suggestion of restoring free speech on social media. The British are assuring citizens to “stay calm and censor on” despite Musk’s pledge. It is threatening to take ten percent of the company’s profits if Musk does not censor users.

Now, Hochul is trying to rally voters to the cause of censorship in the wake of the Buffalo tragedy. To defend free speech in response to such a call is to risk being denounced as supporting violent extremists or dishonoring the fallen.

The government would then be able to determine what constitutes “unfettered sharing of hate information on the internet.” Indeed, the Biden Administration already created a Disinformation Governance Board that is eager to start that work with great eagerness. It may be a bitter pill for some who value free speech, but it is hard to defend the abstraction of free speech in the aftermath of a massacre. That is why this is a crisis that cannot be wasted. As the Biden’s Administration’s “Mary Poppins of Disinformation” might say, a crisis “helps the censorship medicine go down in a most delightful way.”