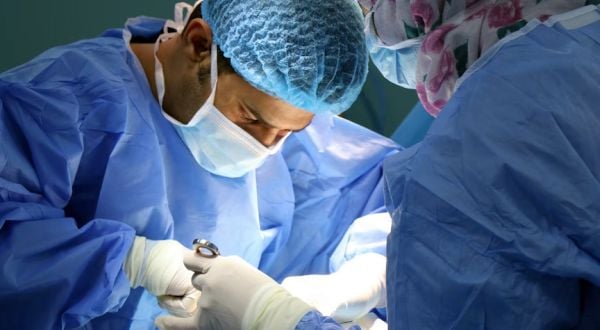 Christopher Inglefield, a surgeon who streams his surgeries on Snapchat, had his medical license suspended after his patient went blind in one eye due to complications from a facial feminization surgery, according to the Daily Mail.

Inglefield specializes in transgender surgeries including genital surgery and a host of cosmetic procedures altering the face and body to resemble the opposite sex, according to the website of his employer, the London Transgender Clinic. The Medical Practitioners Tribunal Service (MPTS) determined Inglefield had failed to report his patient’s vision loss to medical regulators, according to the Daily Mail.

TRENDING: Wake up! Balenciaga is the future

Facial feminization surgery involves shaving down facial bones to make a male patient present as female. A patient who underwent the procedure with Inglefield in August 2018 completely lost vision in one eye, and regulators have said the doctor falsely claimed he had reported the incident in a meeting that November, according to the Daily Mail. MPTS labeled the action “dishonest” and suspended his medical license for 28 days.

“It is not alleged in this case that Mr. Inglefield’s practice in respect of Patient A’s surgery was deficient,” the MTPS report stated, according to the Daily Mail. “Mr. Inglefield accepted the Tribunal’s findings in full and told the Tribunal that he understood its finding, namely that he had acted dishonestly at the meeting on 16 November 2018.”

Inglefield has previously drawn criticism for his endorsement of uterus implants for males who identify as transgender women, a procedure that has yet to be done.

Inglefield did not respond to the Daily Caller News Foundation’s request for comment.