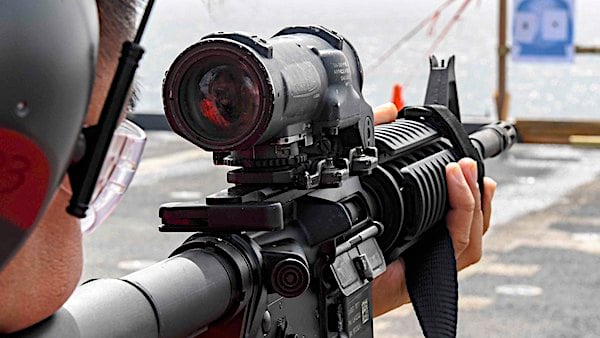 (METRO UK) – Ukraine has claimed one if its snipers shot a Russian soldier from 1.7 miles away in what could be the second longest combat kill ever recorded.

Footage allegedly shows the moment the soldier drops to the ground after the sharpshooter takes a shot from a distance of 8,891ft.

Ukraine’s Armed Forces said: ‘The occupier was eliminated by a precise shot of our special forces from a distance of 2,710 metres (8,891ft) – a distance that now ranks second in the world ranking, confirmed by the command of the Armed Forces.’