Russia’s central bank announced that it will suspend purchases of gold from banks due to overwhelming demand from households, Reuters reports. The purchasing pause will take effect Tuesday with no end date set. 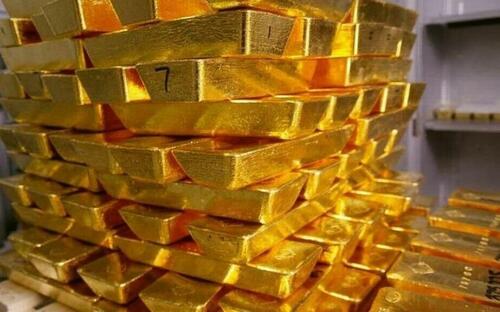 “Currently, households’ demand for buying physical gold in bars has increased, driven, in particular, by the abolition of value-added tax on these operations,” reads a statement from the central bank.

On Feb. 28, the central bank raised the key rate from 9.5% to 20% as the ruble crashed to record lows amid the Kremlin’s so-called “special operation” in Ukraine. The announcement is a flip-flop from a February announcement that the financial authority would resume gold purchases after commercial banks were hit with Western sanctions in response to the invasion.

“With the goal of diversifying the central bank’s reserves, at the moment there is no sense in building up reserves in gold,” according to VTB analysts, who added that the banking sector’s structural liquidity deficit had contracted to under 4 trillion rubles (US$36 billion), down from a record 7 trillion rubles.

Before the rush into gold, many wealthy Russians had been purchasing luxury items such as watches and other jewelry in order to defend against the ruble’s tumble. While cryptos were also purchased aggressively, there is little insight into who much bitcoin Russians currently own.

Analysts from BCS suggested that the gold purchases will help reduce the amount of cash in circulation, and will help banks’ liquidity.

In lieu of funding via gold purchases, Russia’s central bank has been providing liquidity to banks through more conventional operations such as holding daily repo auctions at lending institutions. So far, these have proven sufficient.