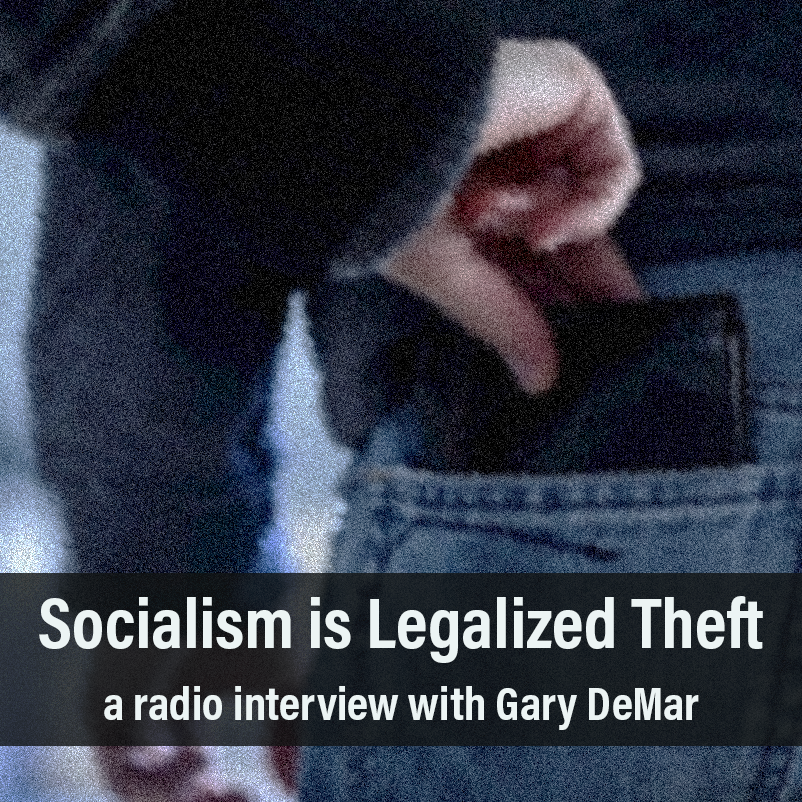 The following article, Some Choice Socialism Quotations: Bad and Good, was first published on The American Vision.

Socialism doesn’t work, so it’s surprising that some very intelligent people believe in it with a near religious fervor. Of course, it’s not about mental makeup but faith despite the evidence.

The politics of envy and greed have been used to attract many people, especially young people, to the socialistic “gospel.” In reality, socialism is governmental stealing with the authority of the law. And while it is generally portrayed as being a philosophy of “taking from the rich and giving to the poor,” socialistic policies nearly always takes from the middle class and further widens the gap between rich and poor.

The same is true for Socialist Bernie Sanders who is a millionaire even though he has never worked outside of politics.

Socialism is a goal that can never be attained:

[S]ocialism denies the existence of an essential human trait—human nature. Marx borrowed from the Enlightenment to declare that human nature was malleable, not constant. Christian theology with its idea of a fixed God-given nature infuriated Marx. The socialist state established by Lenin tried for seven decades to create an entirely new human being—Soviet Man. In December 1991, Mikhail Gorbachev gave up trying and dissolved the world’s most spectacular failure in human engineering.

[S]ocialism depends not upon the will of the people but on the dictatorship of the Party to remain in power. In “The God That Failed,” six famous Western intellectuals describe their journey into socialism and their exit when they encountered the gigantic gap between their vision of a socialist utopia and the totalitarian reality of the socialist state. (Heritage Foundation)

1. “I am a Socialist not through reading a textbook that has caught my intellectual fancy, nor through unthinking tradition, but because I believe that, at its best, Socialism corresponds most closely to an existence that is both rational and moral. It stands for co-operation, not confrontation; for fellowship, not fear. It stands for equality, not because it wants people to be the same but because only through equality in our economic circumstances can our individuality develop properly.”

2. “I believe Socialism is the grandest theory ever presented, and I am sure it will someday rule the world. Then we will have attained the Millennium.… Then men will be content to work for the general welfare and share their riches with their neighbors.”

3. “Socialism is a philosophy of failure, the creed of ignorance, and the gospel of envy, its inherent virtue is the equal sharing of misery.”

Socialists believe that private property is a bad idea, and that governments should own most or all property and distribute it as government experts, scientists, politicians, or voters see fit. Under socialism, the State puts itself in the place of God and says: “The earth is the State’s, and all it contains, the world, and those who dwell in it.”

4. “The issue is Socialism versus Capitalism. I am for Socialism because I am for humanity. We have been cursed with the reign of gold long enough. Money constitutes no proper basis of civilization. The time has come to regenerate society — we are on the eve of universal change.”

5. “Capitalism is the exploitation of man by man. Yes? Well socialism is exactly the reverse.”

6. “The historical experience of socialist countries has sadly demonstrated that collectivism does not do away with alienation but rather increases it, adding to it a lack of basic necessities and economic inefficiency.”

7. “The function of socialism is to raise suffering to a higher level.”

8. “The trouble is with socialism, which resembles a form of mental illness more than it does a philosophy. Socialists get bees in their bonnets. And because they chronically lack any critical faculty to examine and evaluate their ideas, and because they are pathologically unwilling to consider the opinions of others, and most of all, because socialism is a mindset that regards the individual — and his rights — as insignificant, compared to whatever the socialist believes the group needs, terrible, terrible things happen when socialists acquire power.

9. “Socialists cry ‘Power to the people’ and raise the clenched fist as they say it. We all know what they really mean — power over people, power to the State.”