Amid fears of increasing space junk in low Earth orbit, a robotic arm attached to the International Space Station (ISS) has been damaged by space junk.

In a blog post, the Canadian Space Agency (CSA) said a routine inspection on May 12 uncovered a small, untrackable piece of space junk that struck Canadarm2, which is a Canadian robotic arm on ISS used to conduct station maintenance.

“Canadarm2 is continuing to conduct its planned operations,” said the CSA. “The damage is limited to a small section of the arm boom and thermal blanket.” 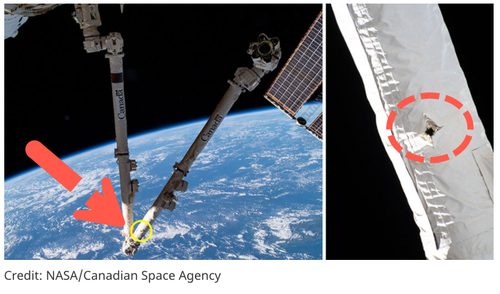 The statement also explained that NASA and CSA would work together to find out more about the impact. CSA said near-term robotic operations will continue as plan.

Over decades, debris from satellites, rockets, and other space devices has been locked in orbit. A lot of the junk is building up and could cause significant damage to the ISS and functioning satellites.

According to the CSA, “over 23,000 objects the size of a softball or larger are tracked 24/7 to detect potential collisions with satellites and the ISS.” Yet as these items deteriorate and break apart, they produce smaller debris that can’t be tracked, posing additional risk to space-based operations.

The European Space Agency (ESA) said many of these objects are accumulating rocket boosters, defunct satellites, and spaceborne shrapnel. It estimates up to 160 million objects measuring upwards of a millimeter are clogging up low Earth orbit.

In its annual 2020 report, ESA showed that the number of “fragmentation events” has soared over the last three decades. 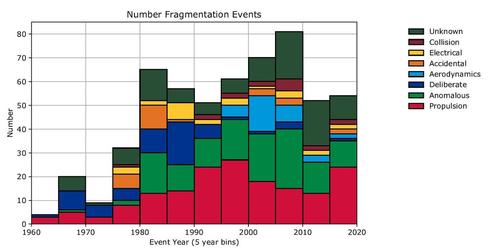 Though these fragments may be small, they travel at thousands of miles per hour and can easily pierce satellites and other spacecraft, resulting in ESA and NASA calling for action against space debris.

Planned for 2025, the ESA recently awarded the Swiss startup company Clearpace, a $117 million contract, to remove space debris from orbit. 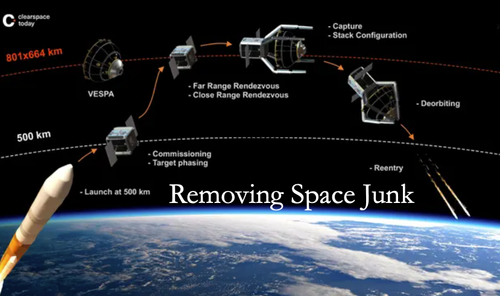 If readers are curious about just how much space junk is floating above, ESA’s animation shows an incredible view of all the debris:

Meanwhile, Elon Musk is expected to launch thousands of Starlink satellites into space which could cause further traffic jams in orbit.