Spanish consumers are fretting over record-high power prices just as high summer temperatures are keeping air conditioning and cooling systems operating at full capacity. Why are Spain’s prices so high? 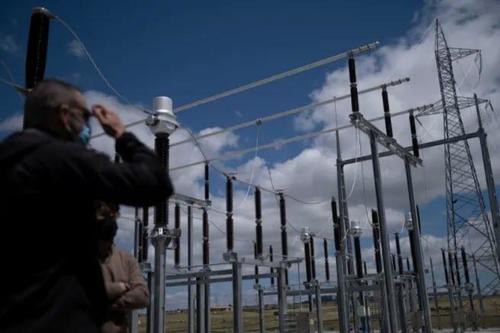 The government says that the latest hikes in electricity bills are driven by spiraling prices of so-called carbon certificates, which give companies the right to release carbon dioxide, gas imports that Spain needs to complete its energy mix, and the surging power demand of the summer months.

In the latest effort to rein in prices, lawmakers were voting Wednesday on whether to uphold the government’s move last month to cut the value-added tax on most households’ electricity bills from 21% to 10% until the end of this year and to scrap a 7% tax on power generation for at least three months. Utility companies pass on the cost of that tax to their customers.

Facua, one of Spain’s biggest consumer rights platforms, said that Spaniards will see on average a 35% hike on their July electricity bill compared to the same month in 2020. The increase comes at a time when many households are grappling with the economic fallout of the coronavirus pandemic.

Environment Minister Teresa Ribera said that she had written a letter to the EU’s executive branch stressing the need to reform the bloc’s electricity market, but warned that the upward trend in prices was likely to continue in the coming months.

In an interview with the Financial Times, Teresa Ribera, Spain’s deputy prime minister for the environment, suggested that high prices and charges could provoke a backlash against carbon-cutting initiatives, with Spain in the “eye of the hurricane”.

In addition to complaining to the EU the Energy Department Has Suggestions like iron and cook at night.

The Facua-Consumers in Action organization claims that asking customers to use their appliances at night is “degrading” for the most vulnerable consumers.

“You can’t make the consumer responsible for their bill being high just because they haven’t done the ironing or put their appliances on during the cheapest periods,” Facua states.

“These times coincide with when people should be getting some rest.”

Why Are Spain’s Bills the Highest in the EU?

Spain currently counts on renewable energy sources for nearly 50% of its supply.

Guess what happens when you depend on unreliable sources?

Specifically, the EU seeks an energy tax that would drive up the costs of basically everything.

The Socialists and Greens in the US latched on to that idea.

On July 30, Arizona Senator Krysten Sinema expressed concerns over the plan to which AOC said “No Climate, No Deal”.

That is the preferred outcome of those with an ounce of common sense.

Previously, I proposed labeling the plan the Stagflation Guarantee Act of 2021.

However, that name is not catchy enough.

“Sink America Plan” is a better name for this proposed boondoggle.