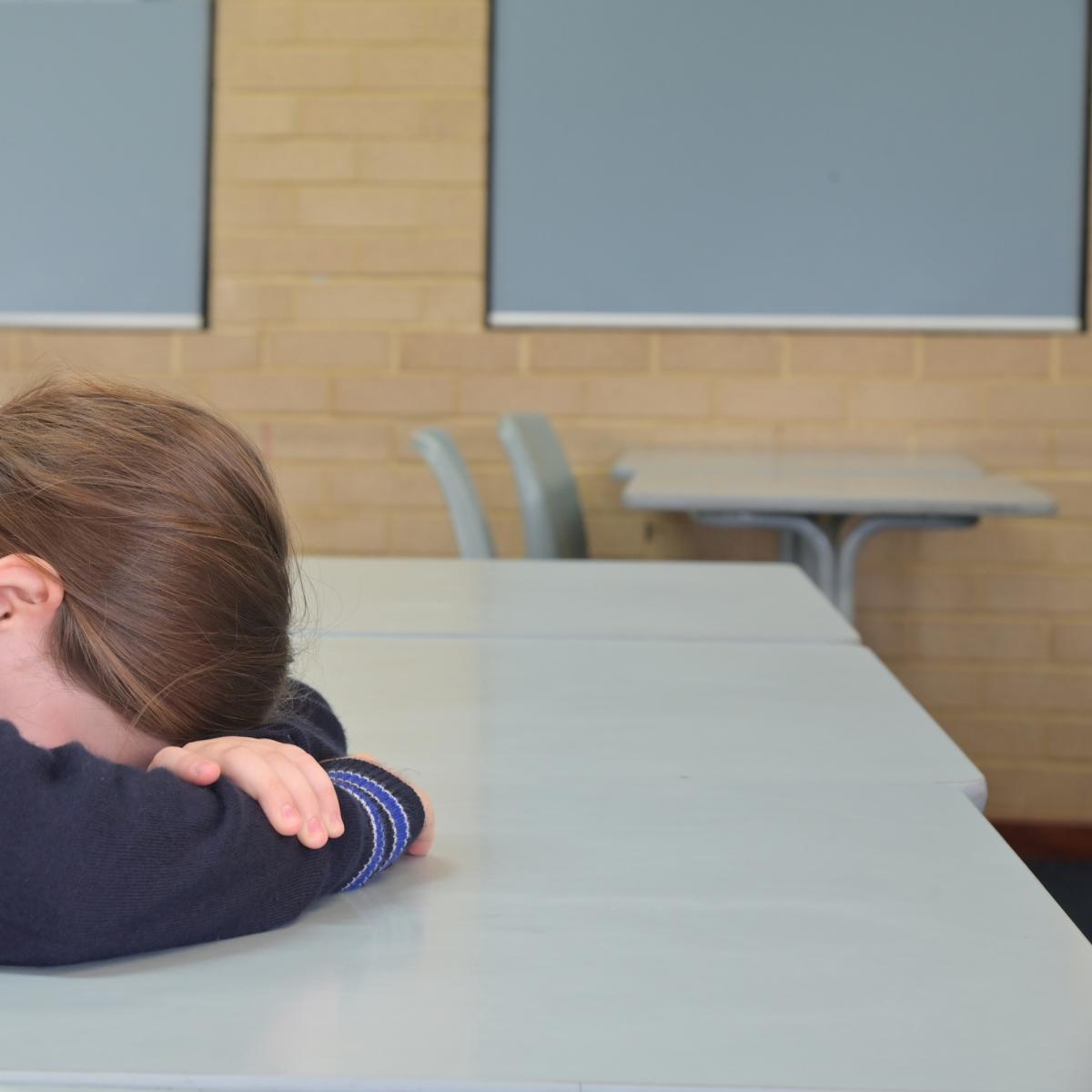 Too much government spending and loose monetary policy lead to rising prices combined with falling economic growth rates. All Keynesian roads lead to stagflation. It is the result of economic mismanagement. Again and again, the belief has been proven wrong that central bankers could guarantee the so-called price stability and that fiscal policy could prevent economic downturns. The present crisis is one more piece of evidence that interventionist monetary and fiscal policies are disruptive. Instead of a permanent boom, the result is stagflation.

“Stagflation” characterizes an economy that is plagued by inflation combined with stagnation. In this case, the conventional macroeconomic toolkit of monetary and fiscal policy is of no avail.

Rising price inflation rates and a tanking economy are the results of the policy mix of the past decades. It has become common to believe that expansive monetary and fiscal policies would not cause price inflation. As recent as 2020, the economic policy followed the false consensus that combatting the fallout from the lockdowns with additional money creation and higher government spending would lead to an economic recovery without higher price inflation. It was assumed that what worked in 2008, would also function in 2020. However, policymakers ignored the difference between the two episodes.

In the aftermath of the financial crisis of 2008, the stimulus policies did not turn into price inflation right away because the newly created money remained largely in the financial sector and did not spill over to the real economy in a big way. At that time, the main effect of the policy of low interest rates was to support the stock market and to provide a windfall to financial investors. While Wall Street flourished, Main Street was left on the sidelines and while profits surged, wages remained stagnant.

Compared to the financial crisis of 2008, the difference is that the production side of the economy is severely damaged this time. The crisis of 2008 left the capital structure of the real economy intact. Due to the lockdowns, however, this is no longer the case. Consequently, severe interruptions of the global supply chains have happened. In such a constellation, new stimulus measures have the effect to weaken further the economy. The present situation is more like the oil price shock in 1973. At that time, too, the external shock hit an economy rampant with liquidity. Stimulating the economy by fiscal and monetary expansion produced long-lasting stagflation. Back then, along with “stagflation,” the term “slumpflation” was coined to characterize an economy that is mired in a deep slump and gets devastated by price inflation.

When stagnation and recession show up together with price inflation, the conventional macroeconomic policy becomes impotent. Applying the Keynesian recipe to an economy whose capital structure has been ravaged means inviting disaster.

Intentionally or by ignorance, policymakers neglected the long-term effects of their doing. Going this wrong way led to such aberrations that policymakers and their intellectual bodyguards even tended to believe that some truth could be found in the alchemy of the so-called modern monetary theory and market monetarism.

The consequences of these policy errors have now come to light. They are particularly grave because they were committed by all major central banks and the governments of all leading industrialized countries. They all follow the concept of “inflation targeting.” Other than timing, there has been not much difference among the policies of the major Western economies. Japan is a special case only insofar as its policymakers have applied the Keynesian recipe for over three decades by now.

Let us have a look at Japan first and then at the United States.

Japan began with the application of vulgar Keynesianism as early as in 1990. Faced with a slight downturn of the economy after the boom of the 1980s, the Japanese leadership did not want the economy to cool down but to go on with the show.

The government began to accelerate public spending and increased the fiscal stimuli the less its spending policy fabricated the expected result of an economic recovery. Even when monetary policy fully supported the government’s expansive fiscal policy, the expected recovery did not materialize.

The short run became the long run. The policy mix between fiscal and monetary policy has been going on over the past three decades. The Bank of Japan implemented a policy of extremely low interest rates and finally resorted to a policy of negative interest rates (NIRP). In the meantime, public debt as a percentage of the gross domestic product (GDP) rose to 266 percent (see figure 1).

Figure 1: Japan: Policy interest rate and public debt as a percent of GDP

Despite the magnitude of the stimuli, this policy mix did not lift the Japanese economy out of its quagmire. In stark contrast to the Japanese boom of the 1980s, economic growth has remained anemic during the past quarter of a century (figure 2).

As an “early starter” in applying vulgar Keynesianism as its macroeconomic policy focus, the Japanese economy was also early to suffer from the stagnation of its productivity rates. Different from countries like the United States, France, Germany, and many other industrialized countries, which have continued with productivity gains over the past decades, Japan has moved sideways after it had begun with its extreme Keynesianism in the 1990s (figure 3).

Source: Our World in Data.

It is important to note that one of the most devastating effects of the Keynesian policy mix is its effect on productivity. A country’s long-run economic growth is mostly the result of productivity gains. Labor productivity is the main determinant of wages. A slowdown of productivity precedes the economic decline. When the output per unit of input tends to fall, even lower interest rates will not stimulate business investment. When government jumps in to compensate for this “lack of aggregate demand,” things get worse because governmental enterprises are fundamentally less productive than the private sector.

Confronted with the financial crisis of 2008, the US government decided to launch a series of stimulus packages. The American central bank provided full support of this policy and began to reduce drastically its interest rate.

Figure 4: The United States: Policy interest rate and federal debt as a percentage of GDP

In the face of the outburst of the financial market crisis in 2008, the American central bank brought down its interest rate quickly from over 5 percent in 2007 to under 1 percent in 2008. After a short-lived period when the American central bank tried to raise the interest rates, the consequent market reaction of falling prices of bonds and stocks induced the Fed to resume its policy of “quantitative easing” that combined low interest rates with the massive expansion of the monetary base. Trying to ease the economic effects of the lockdowns in early 2020, the Fed decided to go on with its expansive monetary policy. In due course, the central bank’s balance sheet rose to $7.17 trillion in June 2020 and reached $8.96 trillion in April 2022.

Figure 5: Balance sheet of the US Federal Reserve System

As figure 4 shows, the Fed had tried to trim its balance sheet from 2015 to 2019 when it had brought down the sum of its assets to $3.8 trillion in August 2019. Yet beginning already in September 2019, many months before the lockdown was implemented, the balance sheet of the American central bank began to expand again and reached over four trillion before the additional big increase happened due to the fallout from the lockdowns.

Since the time before the financial crisis of 2008, the assets of the Federal Reserve System rose from $870 billion in August 2007 to $4.5 trillion in early 2015 and to around nine trillion US dollars in early 2022.

Even when inflation rates began to rise towards the end of 2020, the US central bank had kept its policy of tapering small and refrained from tightening. The monetary authorities had given up on the objective to rein in the money supply. Each time they tried to tighten monetary policy, the financial markets began to tank and tended to crash. As soon as the central bank began to raise its policy rate of interest, the bond market began to tank and took the stocks down with it. In 2022, it was not different. Yet in early 2022, the policymakers could not shrink back. Different from the episodes before, the price inflation had begun to skyrocket.

In the first months of 2022, stagflation became fully visible. While price inflation rose, the rate of real economic growth began to fall. In the first quarter of 2022, the inflation rate moved up to a rate of 8.5 percent, while the real annual growth rate fell by 1.4 percent (see figure 5).

With the global supply chains now in disarray, and national protectionism on the rise, the assistance that came from the expansion of international commerce after the crisis of 2008 is no longer with us. The lockdown of the economy has severely hurt the global system of supply chains. Now, a huge monetary overhang meets a shrinking production. The war in Ukraine, which started in February 2022, is not to blame for the distortions, albeit it will make them more severe.

The levee broke. Price inflation is on the rise. This is the result of the accumulation of liquidity that has been going over decades. There is the risk that things will get worse because the world economy has been severely wounded by the lockdown. More so than only mild stagflation, a “slumpflation” looms on the horizon as the world economy gets mired in the morass of a deep slump combined with steeply rising price inflation.