Authored by Chris Summers via The Epoch Times,

The leader of the opposition Labour Party, Sir Keir Starmer, has described Britain as a “broken model” and said the country was “crying out for a new approach.” 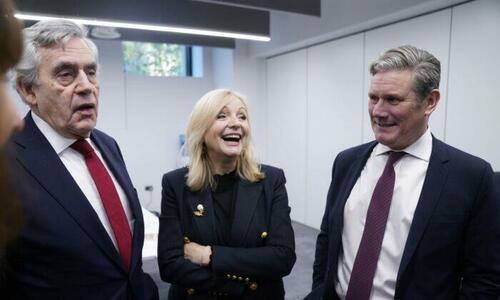 Speaking in Leeds at the launch of a report (pdf) by Labour’s Commission on the UK’s future, headed by ex-premier Gordon Brown, Starmer said the country needed “higher standards in public life, a wider spread of power and opportunity, and better economic growth.”

Although he campaigned for Remain during the 2016 referendum, he said said he understood why people voted for Brexit:

Starmer said people were fed up of “navel gazing” and he said Britain must set its sights higher.

He said currently the government “hoards power in Westminster” and other parts of the country are left out, both politically and economically.

The Labour government of former Prime Ministers Tony Blair and Gordon Brown oversaw the introduction of devolution to Scotland, Wales, and Northern Ireland and the report suggests similar decentralisation for regions of England.

Brown said the commission was proposing “the biggest transfer of power out of Westminster and Whitehall” that has ever been seen in Britain.

The report suggests scrapping the House of Lords, which dates back to the 14th century, and replacing it with a democratic assembly of the nations and regions.

It goes on to suggest giving towns and cities more devolved power over matters like planning, transport, skills, and culture.

Starmer said Labour wanted to get rid of the House of Lords within its first term and he said an unelected second chamber was “indefensible.” 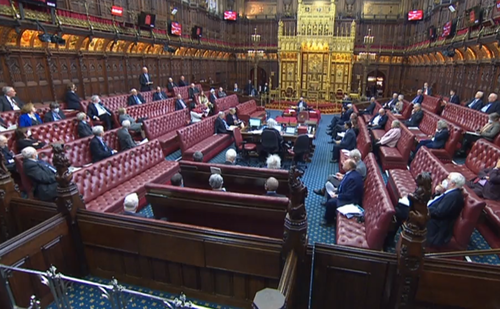 An undated image of peers in the House of Lords debating the Elections Bill at report stage in the Palace of Westminster in London. (PA)

In 2009 the UK Supreme Court replaced the Law Lords as the supreme arbiter of legal matters and the following year the Conservative–Liberal Democrat coalition government said it would bring forward plans for an elected upper chamber, although it never happened.

The House of Lords remains an unelected chamber, with new peerages created occasionally.

In October there was controversy when the former deputy leader of the Labour Party, Tom Watson, was nominated for a peerage by Starmer.

Row Over Nomination of Tom Watson to House of Lords

Watson, who stepped down as a Labour MP in 2019, has been criticised for his role in promoting the claims of Carl Beech, who said a huge paedophile ring had been run out of Dolphin Square in London by senior politicians and army officers.

In July 2019 Beech—whose allegations led to a massive and ultimately fruitless police investigation—was jailed for 18 years.

The former Chancellor, Lord Lamont, accused Watson of having “destroyed” lives, and Lord Fowler said the nomination underlined the need for reform of the system.

Brown said the commission had identified 288 “new economic clusters,” the majority of which were outside London, which were capable of creating tens of thousands of well-paid jobs.

Labour’s report says investment in research and development (R&D) is not spread equally around the country.

The report says: “London and the South East [of England] attract 72 percent of new R&D-intensive jobs, and 45 percent of all private investment, and enjoy double the average UK infrastructure spend per head. And in the absence of new investment, only London out of every major city has higher than average productivity.”

Starmer said: “I’m fed up to the back teeth with sticking plasters for the problems we have got. The underlying problem is our economy isn’t working.”

The report also proposed a ban on second jobs for MPs and a “powerful” new anti-corruption commissioner.

Starmer said of the commission’s report: “This is a strong, compelling set of recommendations that do what politicians have all agreed needs to be done, but nobody has actually done it, which is to be bold enough to say, ‘We’ve got to stop those in Westminster and Whitehall pretending that they know best about the communities that desperately want to play their part in the future.’”

The report ignores demands for a second referendum on independence in Scotland but says there should be more powers devolved to Scotland, Wales, and Northern Ireland.

The government of Prime Minister Rishi Sunak has not commented on the report, but Conservative MP Simon Clarke said, “Anyone who has looked at the institutionalised gridlock in U.S. politics can see the utter stupidity it would be to create an elected upper house.”

Liz Saville Roberts, the leader of the Welsh nationalist Plaid Cymru at Westminster, said: “This report is a damp squib for Wales. The message from Gordon Brown to the people of Wales: if you want a democracy equipped with the powers to do a proper job, vote Plaid Cymru.”