A student in the UK has been kicked out of his college for tweets which expressed support for deporting illegal immigrants. 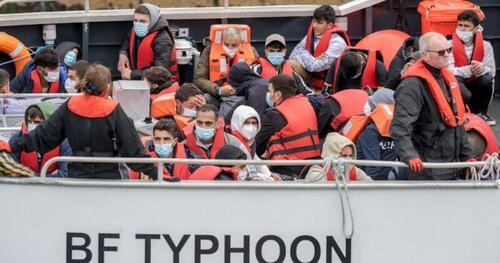 “Today my college has refused to take me on for a second year because I made some tweets they didn’t like about Rwanda,” tweeted Liam O’Malley. “That is the state of Modern Britain.”

Today my college has refused to take me on for a second year because I made some tweets they didn’t like about Rwanda.
That is the state of Modern Britain.

According to O’Malley, he has been effectively expelled from Burnley College for endorsing the Conservative government’s immigration policy.

Although it has so far been blocked by activist judges, human rights lawyers and the European Court of Human rights, the policy would see asylum seekers arriving illegally in Britain on migrant boats be flown to Rwanda to have their claims processed there.

Irate leftists have branded the policy discriminatory and “racist,” which is somewhat ironic given they are implying Rwanda, an African country with a black population, is an inhospitable place to live.

Yesterday, following a meeting with Liam O’Malley at @BurnleyCollege – was effectively expelled for his support of the Rwanda policy by @conservatives.

Apparently just these tweets in support of the government justify destroying a child’s education. https://t.co/v6Q1x1ry1u pic.twitter.com/hCodrlDl1r

O’Malley noted this irony in the tweets that got him in trouble with the college, remarking, “That life can be had in the beautiful country of Rwanda, which has much nicer weather than the UK.”

He also tweeted how the ‘refugees’ sent to Rwanda could in fact help build a stronger country, as happened in Australia.

Critics are calling on the college to reverse its action and issue an apology to O’Malley.

The farce is yet another example of ‘cancel culture’ potentially ruining someone’s life because they happen to hold a legitimate viewpoint that contradicts the left’s narrative.

Meanwhile, many on the left still continue to absurdly insist that cancel culture doesn’t even exist.