It was only last week when auction house Heritage Auctions sold The Legend of Zelda for the old Nintendo Entertainment System for a “world record” sum of $870,000. Days later, the record has been beaten with the sale of a $1.56 million sealed copy of the video game Super Mario 64. 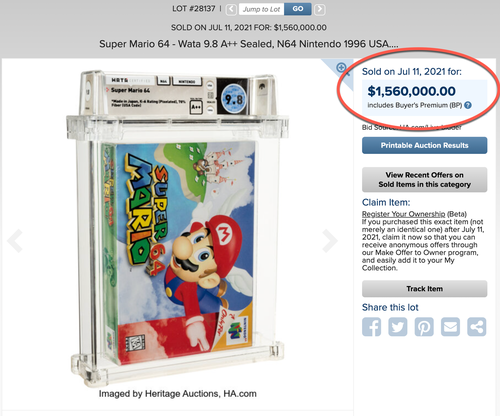 We said: “the high demand for old-school consoles and cartridges is driving up prices, and it’s only a matter of time before a video game is sold for a million-plus.”

Heritage Auctions said video game collectible firm Wata graded the Super Mario 64 cartridge at a 9.8 A++ rating, a rating that means it’s in a near-perfect state or “like new.”

According to the auction house, there were “fewer than five” copies in this state. Here are other Super Mario 64 cartridges with lower ratings, selling between $38,400 to $2,400. 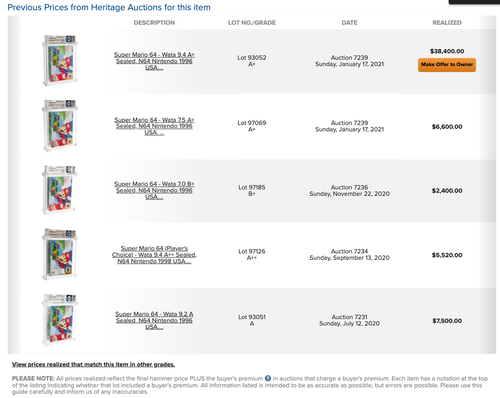 However, Kelsey Lewin, a director at California’s Video Game History Foundation, tweeted: “despite a lack of population reports, there are many known sealed Super Mario 64 first prints”.

It’s only a matter of time before a video game cartridge sells for more than $2 million.