We have been discussing erosion of free speech and academic freedom protections at colleges and universities around the United States. Most faculty have been conspicuously silent as their colleagues are attacked, suspended, or even fired for taking opposing views on systemic racism, police brutality, or movements like Black Lives Matter. In Sweden, the response has been quite different after Professor Jonas Ludvigsson, announced that he would stop all further research on Covid-19 after a campaign of abuse and harassment following his study on the low threat that the virus poses to children and teachers. The country is ramping up protections for academics to combat such cancelling campaign. 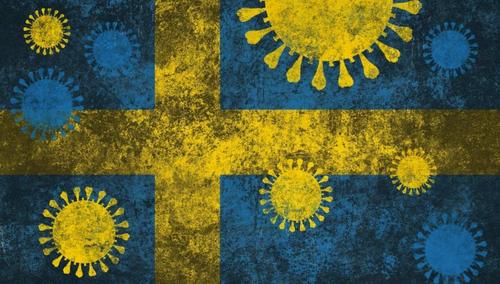 Ludvigsson researches and teaches clinical epidemiology at Sweden’s Karolinska Institute. His research is consistent with studies that have long found a low risk to students and teachers.  This research was highlighted during the Trump Administration in a call for the resumption of classes but largely ignored by the media. The argument for reopening schools, particularly for young children, was portrayed as political and “not following the science.”  Commercials ran that calls to returning to the classroom was tantamount to “murder.”

However, the science has been overwhelmingly supportive of such reopening.

Indeed, Catholic and other private schools in many states never closed without surges in the virus.

Ludvigsson looked at children from age 1 to 16 during the first wave of COVID-19 and found that only 15 children went to the ICU, for a rate of 0.77 per 100,000. Moreover, in the 1-16 age group, there was only a slight increase from the four-month period before the pandemic to the four-month period following the period.

Such studies contradict the media narrative and the position of teacher unions, including many which continue to oppose a return to the classroom despite the science. Accordingly, Ludvigsson was attacked and hounded out of further research.

The response of the country however has been different from the response in the United States. Various academic leaders and groups are pushing for legislation designed to protect academic freedom. They are citing a Swedish government study in 2018 found “21 out of 26 universities said that there is a risk that researchers will be exposed to harassment, threats and violence.”

The response in the United States is strikingly different. We have been discussing efforts to fire professors who voice dissenting views on various issues including an effort to oust a leading economist from the University of Chicago as well as a leading linguistics professor at Harvard and a literature professor at Penn. Sites like Lawyers, Guns, and Money feature writers like Colorado Law Professor Paul Campus who call for the firing of those with opposing views (including myself).  Such campaigns have targeted teachers and students who contest the evidence of systemic racism in the use of lethal force by police or offer other opposing views in current debates over the pandemic, reparations, electoral fraud, or other issues.

Faculty have largely stayed silent as campaigns target these professors and teachers. While some may relish such cleansing of schools of opposing voices, many are likely intimidated by such campaigns and do not want to be the next targeted by such groups. We have often defended the free speech rights of faculty on the left who have made hateful comments about whites, males, and conservatives. Yet, there is an eerie silence when conservatives are targeted for their own views. Sweden has shown how this is a global issue but that the response outside of the United States has been markedly different.