Authored by Alexander Zhang via The Epoch Times,

Teachers must not promote “partisan political views” of organisations such as Black Lives Matter to pupils, under new guidance issued by the British government to ensure political impartiality in classrooms. 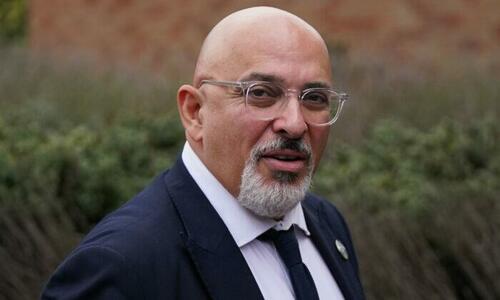 The guidance said that when schools teach about campaigning organisations like Black Lives Matter, they should be aware that this may cover “partisan political views,” such as “advocating specific views on how government resources should be used to address social issues, including withdrawing funding from the police.” 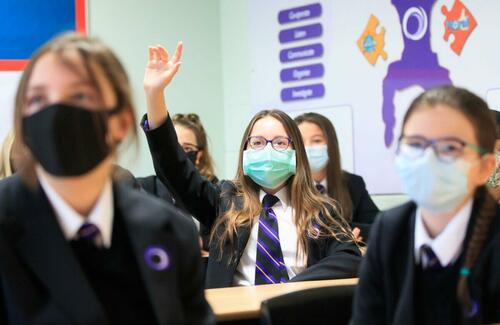 Students in a classroom of an England School, on March 8, 2021. (Danny Lawson/PA)

Such partisan views “go beyond the shared principle that racism is unacceptable, which is a view schools should reinforce,” said the government guidance.

The guidance suggests that the teaching of historical figures should focus on factual information.

It said, “When teaching younger students about historical figures with contested legacies, it may be advisable to focus on what these figures are most renowned for and factual information about them, if teachers think pupils may not be able to understand the contested aspects of their lives, beliefs, and actions.”

The guidance stressed that a balanced approach should be adopted when addressing contentious historical issues in classrooms.

For instance, topics relating to empire and imperialism, on which there are differing “partisan political views,” should be “taught in a balanced manner,” it said.

It added that pupils should not be presented with views that oppose fundamental societal values, such as views denigrating freedom of speech or the democratic process.

When inviting politicians or campaigners to speak in schools, teachers should aim to invite a range of speakers with varying views, or teach directly about other candidates or political parties to promote balance.

In the guidance, Zahawi said: “Over the last few years, there has been much discussion about political impartiality in schools, often in the context of specific political issues and movements.”

“I know that this has at times been difficult for school leaders, teachers, and staff, as they navigate how to handle and teach about these complex issues sensitively and appropriately,” he added.

“That is why I’m pleased this government is publishing clear guidance explaining schools’ existing legal duties on political impartiality.”

Zahawi said that “no subject is off-limits in the classroom, as long as it is treated in an age-appropriate way, with sensitivity and respect, and without promoting contested theories as fact.”