TEEN Mom Kailyn Lowry has fans convinced she’s pregnant with her fifth child after she was spotted with a suspected baby bump.

Chatter escalated after photos surfaced of Kailyn seemingly sporting a baby bump outside her Delaware home on Thursday.

In exclusive photos obtained by The Sun, Kailyn and her live-in boyfriend, Elijah Scott, looked tense as the former Teen Mom 2 star walked around the property.

The mother-of-four wore a blue t-shirt and black pants, while her 24-year-old beau sported a neon yellow shirt.

At one point, Kailyn’s youngest son Creed, 2, came outside riding a scooter. 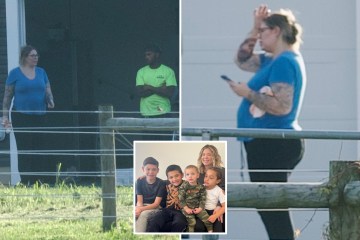 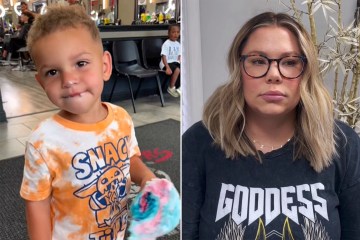 An online thread erupted with comments about the star’s appearance as many thought they spotted a bump.

The original poster started the conversation, writing: “OMG KAIL PICS!! Is she pregnant?”

Others chimed in with their thoughts, with many in agreement that the TV star may be concealing a baby bump.

“So every time there’s a rumor she may be pregnant it’s true. I’d put money on it that it’s true,” one person wrote.

“I’m speechless but also not lol,” commented another.

“i can’t wait for her 5th boy announcement,” boasted a third.

“So this is what her unedited photos really look like,” added a fourth.

Others came to Kailyn’s defense, clapping back at “body-shamers.”

“I wouldn’t be surprised if Kail is pregnant. But I can’t get down with the body shaming. I don’t even like to body shame Jenelle [Evans],” one user remarked.

“i think she is based on chris’s comment alone. this pic means nothing she just looks like that,” a third chimed in.

In a now-deleted tweet, Chris wrote: “Out here talking bout you’ll beat me up now you know you gotta protect the belly stop it.”

The father-of-three then posted a video to expand on the drama, as he asked: “Somebody explain something to me. Like, as a woman, what posses you to say ‘I will really beat you the f**k up,’ knowing that, one, you can’t fight, two, and you’re not like that.

“Granted, I get it. Your boyfriend’s in the car, but why would you want him to get his a** whooped?”

Chris’ tweet wasn’t too far-fetched for fans who have been speculating that the former MTV star was expecting due to her recent social media posts.

On her Coffee Convos podcast Instagram account, Kailyn was photographed with her co-host Lindsie Chrisley, 32, drinking bottled Coca-Cola in a restaurant.

Kailyn sat directly behind the table, as her stomach and face were hidden.

Kailyn has also been wearing baggy hoodies and shirts in other recent photos.

On a July episode of her Barely Famous podcast, she opened up about welcoming more children.

“I think the more time that goes on, the more I just don’t want more children because I feel like I’m spreading myself so thin, and all my kids are such different ages that they all need me for different parts of their lives right now. I just don’t know.”

But later on in the episode, Kailyn, who has been open about her struggle with depression, said: “I talk about it, but maybe once I get through this depression, it will be a little different, so don’t hold me to that if I end up pregnant next year… maybe next year that could change.”

Teen Mom Chatter Instagram page was the first to break the news of Kailyn’s new boyfriend.

Her ex Chris was the one to reveal her new man moved in with her on his podcast P.T.S.D. soon after they began dating.

He said: “Recently I had to pull my kid’s mom to the side and be like, ‘Yo, there is no reason my four-year-old should be telling me about every dude you sleeping with.’ 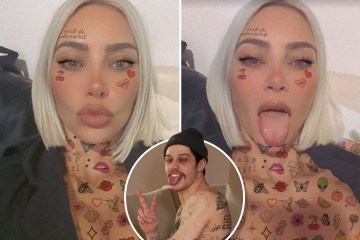 The Sun can also confirm Elijah has been divorced before.

According to online records, Elijah filed for divorce from his wife in April 2021, as their divorce was officially finalized in June of that same year.