Update (1849ET): Two law enforcement officials told AP the gunman had been identified as 18yo Payton Gendron. One of the officials said the FBI is questioning the suspect.

Gramaglia said that an 18yo white shooter drove from “hours away,” equipped with military gear, and opened fire in a Tops Friendly Markets on Jefferson Avenue in Buffalo.

The U.S. attorney for the Western District of New York said the mass shooting is being investigated as a hate crime. The FBI is also investigating the incident as an act of racially-motivated violent extremism.

BPD Commissioner Joseph Gramaglia gives an account of what happened at Tops on Jefferson Ave. in Buffalo. The shooting is being investigated by the FBI as a hate crime and as an act of racially-motivated violent extremism.

BREAKING: BPD on scene of a mass shooting at the Tops in the 1200 block of Jefferson Avenue. Police say multiple people have been struck by gunfire. The shooter is in custody. Motorists and residents are urged to avoid the area.

A gunman dressed in a military uniform reportedly opened fire in the parking lot and inside the Tops Friendly Supermarket at 1275 Jefferson Avenue. 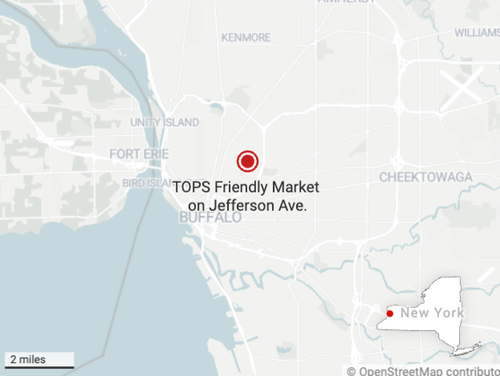 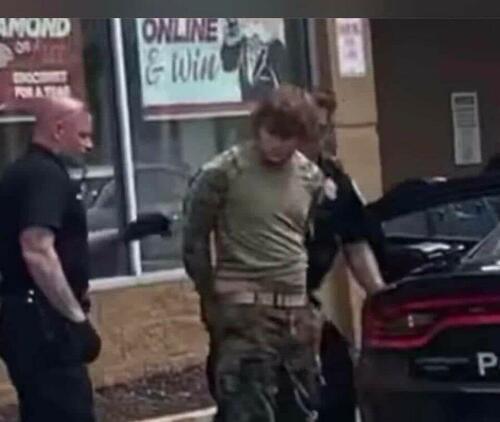 #BREAKING Several people wounded during shooting attack in a supermarket in Buffalo, NY.
Suspect arrested, described himself as a white supremacist and anti-semite in an online manifesto pic.twitter.com/F2ZPSWUSCb

The Daily Mail notes the gunman live-streamed the shooting. This is an unconfirmed screenshot of the video. 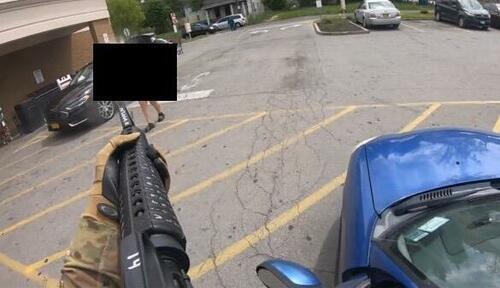 NBC points out the supermarket is situated in a “predominately Black neighborhood, about 3 miles north of downtown Buffalo. The surrounding area is primarily residential, with a Family Dollar store and fire station near the store.”

Local news WIVB’s Kelsey Anderson says “15 Peacemakers” have arrived on the scene, “along with other organizations to keep the peace.”

Im told about 15 Peacemakers are down here right now (yellow shirts), along with other organizations to keep the peace. They’re now giving out water to anyone who may need it. Lots of emotion here tonight @news4buffalo pic.twitter.com/Np74GSRoRb