Tesla has resumed production at its Shanghai plant on Tuesday, according to local China media reports and Reuters.

The company’s factory had been shut down for about three weeks as a result of the ongoing Covid lockdowns in China. We also reported yesterday that the company was “sputtering” to re-open and dealing with supply chain issues that were holding it up.

“To prepare for the restart, Tesla has recalled workers to its Shanghai plant where they will need to live on site, in line with China’s ‘closed loop management’ process,” two sources told Reuters yesterday. 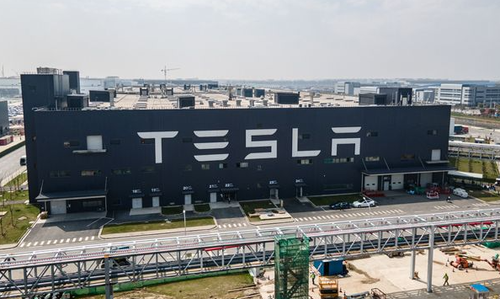 Barron’s documented what the re-open would be like for employees:

Employees had better bring along their toothbrushes. They could be there for a while, with no sign of China’s zero-Covid policy going away anytime soon. The plant, which has been shut since March 28, could reopen as soon as Monday afternoon, Bloomberg reported, citing an internal company memo.

Tesla didn’t immediately respond to a request for comment. But the possibility of the workers coming back but not going home or anywhere else—called closed-loop manufacturing —has been building. Shanghai businesses have been in lockdown for weeks as China tries to control a new outbreak with its rigid policy.

In Tesla’s bubble, Bloomberg reported, employees would sleep on the floor—a sleeping bag and mattress—since the plant doesn’t have a dorm. They also would get catered meals as well as a small daily stipend and have access to showers and entertainment.

Tesla had been preparing to re-open Monday but was forced to push its restart back by a day due “to logistic problems with its supplier”. We also noted yesterday that competitor Volkswagen has reportedly restarted production in China. General Motors is also considering plans for re-opening this week.

At the same time as this re-open, China continues to extend its lockdowns across parts of the country creating not only chaos domestically, but another coming shock to the supply chain for countries like the U.S., who are highly reliant on importing Chinese goods.