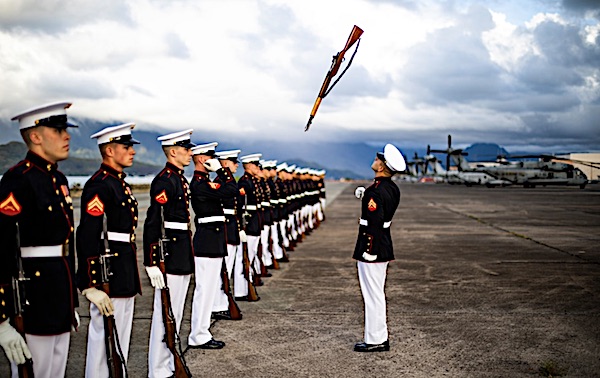 Unbelievable as it may seem in the most technologically advanced country on Earth, final results of the Nov. 8, 2022, midterm elections are not yet known. But one consequence is now certain: Republicans now hold a majority in the U.S. House of Representatives, and in January Nancy Pelosi will no longer be in succession to the presidency of the United States. Alleluia!

While Republicans engage in days (or God forbid, weeks) of political fratricide over who replaces her as speaker of the House, there is much more “We the People” will celebrate – since this week we observe our Thanksgiving holiday. Herewith, a brief history of how this holiday came to be. And because it is our wont, an item of advice:

In the autumn of 1621, Plymouth Colony Gov. William Bradford urged his “brethren” to observe a “Thanksgiving Day of Observance” for God’s harvest blessings with Pilgrims and the native Americans who helped them. In 1777, after the Revolutionary Army victory over the British at Saratoga, the Second Continental Congress declared there should be a “Day of Thanksgiving.” President George Washington proclaimed Thursday, Nov. 26, to be a day of “National Thanksgiving.” And in 1863, President Abraham Lincoln declared the last Thursday in November to be “Thanksgiving Day.” Finally, on Dec. 26, 1941, in the midst of World War II, President Franklin Roosevelt signed into law a bill designating the fourth Thursday of every November to be Thanksgiving Day.

Notably, these presidential proclamations were issued in time of war, and all urge our countrymen to prayerfully thank God Almighty for the blessings bestowed upon us. Here are a few things for which we are grateful on Thanksgiving:

We are blessed to have been born in the United States of America, a country whose founders recognized that all of us are created equal and “endowed by their Creator with certain unalienable Rights, that among these are Life, Liberty and the pursuit of Happiness.”

We live among the most diverse, prosperous and generous population on Earth; in a country where We the People govern and where our Constitution protects God-given rights to worship as we please, speak as we want, come and go as we wish, to keep and bear arms and be guaranteed privacy from agents of government.

We’re thankful that decades ago, we joined the ranks of the United States Marines Corps, pledged to defend our Constitution “against all enemies foreign and domestic,” that this pledge ended with the words, “so help me God” and that we learned “Semper Fidelis” is more than a slogan, and that “Always Faithful” is a way of life.

We thank our Lord and Savior for the privilege of keeping company with the best and bravest of this generation: the soldiers, sailors, airmen, Marines and law officers – American heroes – who selflessly place themselves in harm’s way for the benefit of others.

We’re grateful for our parents and mentors who led by example – for those who showed us how to persevere and use our God-given gifts and talents to change tomorrow for the good and reach out to help others from getting lost along the way.

We’re thankful that everyone serving in a U.S. uniform is a volunteer – and the nonprofit Freedom Alliance does so much to help those in uniform and their families who sacrifice so much in the cause of liberty.

On Thanksgiving Day, we will gather with family and friends to thank Almighty God for all our blessings – and pray those we have elected to lead and represent us will preserve our republic and reinforce the words on our currency: “In God We Trust.” Hopefully, our countrymen will do so as well.